Fantendo - Game Ideas & More
Register
Don't have an account?
Sign In
Advertisement
in: The Threat Arc, Sysop Approved, Articles under Construction,
and 13 more

One of the biggest additions is the Story, which follows Unten and the other heroes up against DREW's doppelganger named Kendrew, who was introduced in a previous entry of the series. In addition to dealing with bizarre versions of themselves, they'll also have to deal with each other. The story will not be told through a separate mode, but rather as you play the game, with story dialogue appearing as you face certain opponents.

Unlike previous entries in the series which boasted nearly dozens of sports, Fantendo Sports Resort only focuses on a couple.

In Dodgeball, 14 characters (7 for each team) are out on the court. Six balls will be lined up at the halfcourt line. By tapping the

button at the right moment during the countdown for the match to begin, the character that is being controlled will burst off the wall with an extra boost of speed, allowing them to get to the halfcourt line quicker.

is used to run,

is used to dodge or switch directions quickly, and

is used to shoot if you have a dodgeball in hand. If a dodgeball hits your character, you will be automatically switched to the nearest one after two seconds.

The goal is to get out the other team. In the case that a match doesn't end in five minutes, it will tally up who's left standing, with the team that has the most players winning. To charge up Finishers, doing successful dodges or getting other characters out will fill up the Finisher bar.

In Basketball, 18 characters (9 for each team) are out on the court. Player must score points by shooting a basketball with

Also in this sport, which is exclusive to this game, there is a shot clock on the bottom-left hand corner of the screen so the characters can shoot within the time limit, just like in a professional NBA game. If they do not shoot before time runs out, the other team gets possession. Players are also able to defend with

, and make dunks with

in this game in a similar way to the actual sport. If the score is tied at the end of regulation, then sudden death commences. With this extra period in this sport, no game ends in a draw.

In Soccer, 22 characters (11 for each team) are out on the field. Players must kick the soccerball with

all the way to the other side of the field into the goal. Players can block with

down for a speed boost but if this is used too much it will bring a character to a tired halt. There are three laps, back and forward, that must be completed to win the event.

In Volleyball, 12 characters (6 for each team) are out on the beach court. Players must hit the ball with

and when the other team fails to hit the ball, a point is rewarded.

is used to jump and can lead into a spike if

is pressed. Shy Guy Yellow serves as a referee and if the ball hits him he will fall over with his Mana Martini, becoming enraged in the process and serve a yellow card to the character that did it, requiring players to use another character.

is used to attack, defend, and protect in the game. The Stratosball must go through the opposing team's Protector's Ring to score.

In Tennis, 4 characters (2 per team) are on a tennis court. Players serve and hit the ball back and forth with

until one side misses the ball. Players earn 15 points for each successful point, and win a game point if a player makes a point in their 40th point. If the other player ties with the player at the 40 mark, a deuce commences, and a player has to score two consecutive points to win a game point. Winning a number of game points makes the player win a set, or a match, and matches can be divided into sets. If two players tie in a set, a Tiebreaker commences, in which whichever player reaches 7 points wins the set or match.

In Racing, 6 characters (3 per team) are on a track. The player controls one character at a time, reaching the other with the trigger buttons. Tapping

exactly when you switch characters gives you a speed boost. You cannot just hit the trigger buttons or you'll tire your character out. 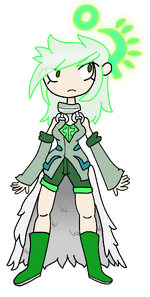 The Story Mode of Fantendo Sports Resort is split into "episodes", with ten in all. It follows Unten and the other originals as they get an invite to a Sports Resort. As they settle in, they find that there are Beorn Androids trapping them inside the Resort, with White Goddess revealed to be behind it as she brings out a bunch of doppelgangers of the group. The only way out is to win the resort sports.

Unlike other games in the New Fantendoverse, this will not have a very in-depth story mode. It also does not tie into The Threat arc in any way, instead focusing on a enemy foreshadowed in Fantendo - Genesis. Another unique thing for this story mode is that each chapter requires you wait a day (24 real life hours) after finishing it to continue forwards (there are ways around this thanks to the plants in Gardening).

Can be found here.

There are a number of activities that can be done at the resort outside of the sport games. Typically these don't really do much beyond earn you coins and level up character interactions. Activities can be done whenever, and you likely be doing it during the waits for the next story mode chapter.

Gardening is an activity done in the small greenhouse located outside of the Resort. By buying colored seeds from Ellen, you can grow a variety of things to sell or use. You can also grow trees with Acorns, which take longer to grow but will net you more produce. Each thing you harvest can give you temporary boosts in stats or can net you some money.

The Hot Tub is located inside of the resort and it's function allows characters to casually hang out in a quiet environment. During this they have conversations that can range from funny, insightful, or shippy. At the start of the game, it will be rare to see anyone outside of their team in the hot tub but as the story progresses you will likely see more team diversity. 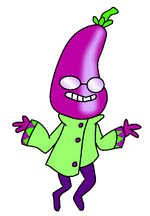 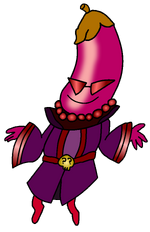 In the Eggplant Bazaar, you can find a salesman that looks kind of like an eggplant called Vincent Eggie and his doppelganger Akuma Nasu. Vincent Eggie gives fixed prices for everything you sell him but Akuma Nasu will always give random amounts of coins for whatever you sell him, to the point where if you try to sell him the item again immediately after he'll give you a different pay-out. You can buy plants from these two as well; Vincent Eggie always shows you what you're buying for a fixed price while Akuma Nasu has a price in mind for a mystery item. He sells things that Vincent Eggie would never sell, but getting these items requires luck.

In the Fantendo Realm Resort DLC Expansion, a new character by the name of Umboday Eggyway appears in the Eggplant Bazaar. He sells the new costumes as well as other things that come with the new expansion. He doesn't take regular coins, but instead

Located inside of the resort's ballroom, the Karaoke machine allows you to sing songs from past games/stories. The records are from songs in previous installments of the Fantendoverse as well as a couple of new ones introduced in Sports Resort. They can be bought from Morgan, who is the Vinyl Shop shopkeeper in Eggplant Bazaar. The Karaoke machine is located in the Ballroom of the Resort. 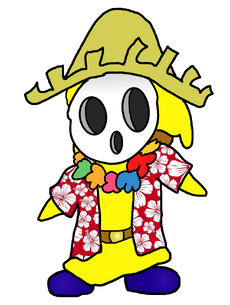 Every night, Shy Guy Yellow hosts a competition on the shores of the resort. There are three rounds between Team Blue and Team Red and these range from a game of sports to some other activities that aren't considered sports such as Limbo, Eating Contests, and Dancing.

Change any given character's look with the alternate costumes you've bought from Vincent or Akuma. These stay on until you say otherwise, even during Story Mode cutscenes. Character costumes can be found on their perspective pages.

The resort was once a laboratory dedicated to cracking the code behind artificial life. They got close with Cura, but there are still quite a few robots still out there to find. These robots can be found and be fixed up by Aran and be seen around the resort doing chores. Finding one merits

The blue team is the "originals". They are considered the heroes of the story. 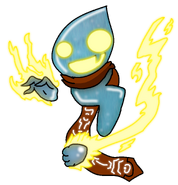 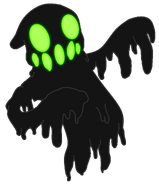 The red team is the "aboriginals", the doppelgangers. They are rivals to the blue team and a driving force in the story. 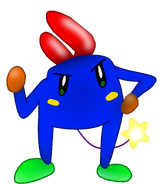 By talking to Hitomi Yamamoto, you can purchase the Fantendo Realm Resort DLC. This DLC isn't canon to the main game, as it revolves around Zellen Harley Quimbleson messing around with the Sports Resort and bringing characters from other dimensions in. New content, such as new characters, new sports, and new buildings are added in this expansion. 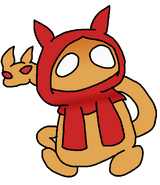