Fantendo Sports is a series of crossover sporting titles initially conceived by UltimateMogwai (t∣b∣c). Like other Fantendo crossover series like Fantendo Kart, any user is allowed to make games for the series.

It was revived during 2015 with the announcement and development of Fantendo Sports Resort, which is one of the most popular titles in the entire franchise.

A spin-off franchise that focuses on more extreme sports. The sub-franchise was launched with Amy Jackson's Pro Skater. 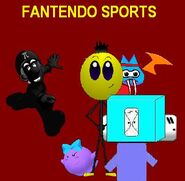 A very early titlecard for the series. 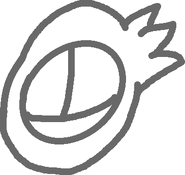 Series symbol
Add a photo to this gallery
Retrieved from "https://fantendo.fandom.com/wiki/Fantendo_Sports_(series)?oldid=3060578"
Community content is available under CC-BY-SA unless otherwise noted.