The gameplay is the same as the Super Smash Bros. series. Yep, that's all you need to know here. Move along, ya twerp.

It then cuts to Unten and Strafe fighting back to back in a strange area, facing an army of deranged purple creatures. 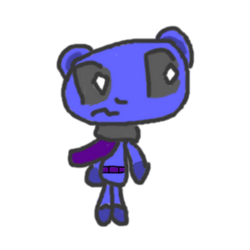 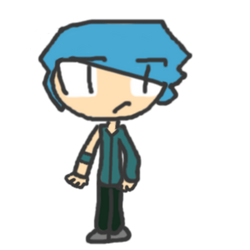 After defeating the creatures, a robotic figure enters the fight and blasts Strafe with a green laser: Alcyone. 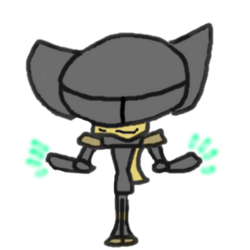 Unten punches Alcyone, and she is shocked with blue lightning. However, Cura enters the arena and knocks Alcyone away with a single punch! 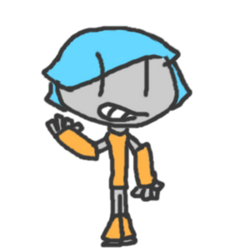 As Unten, Alcyone, Cura and Strafe all do battle, more purple creatures rise out of the ground. Meanwhile, an orange-haired girl with two pink tentacles coming out of her back watches from the distance atop a bright pink and yellow tree. The trailer then fades to black.

Flip is seen walking through a strange maze-like area, when suddenly a tan-skinned man jumps in and blocks his way. The man has two strange robotic arms with claws at the end. Flip, having no other options as the walls behind him close, does battle with the man, who is known as Shredder. 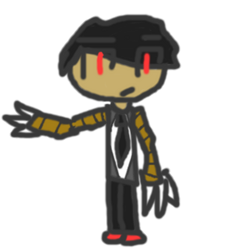 The battle is short, and it ends with Shredder pummeling Flip into the ground. Shredder is than seen walking out of the maze, where he confronts Crow. 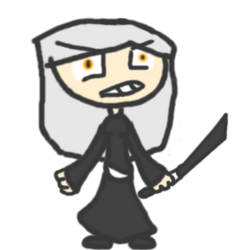 Crow and Shredder do battle and they seem to be a match for each other, but Crow is caught off guard as Cupcake jumps into the battle. 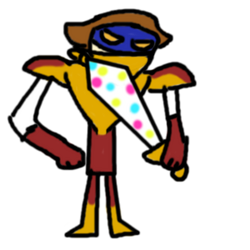 Outnumbered, Crow knocks Shredder to the side and she and Cupcake cross blades as the trailer ends.

The entire roster is seen on a platform, surrounded by drones and strange creatures. Pilf is seen laughing on a holographic screen. Suddenly, a giant cannonball is shot and it hits the drones, as Siesel enters the fray. 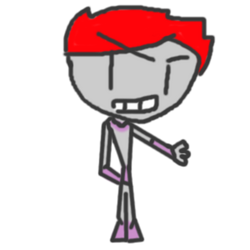 Siesel smirks as he destroys more drones, and then glances at Cura with a face of disgust.

With a big chunk of the drones taken care of, Unten leads the team on to fight. As Skett and Carter are surrounded by enemies, James Zabrent jumps in and uses electricity to fend them off. 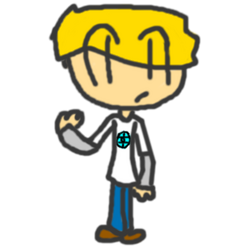 Unten, Sakeena and Strafe are being faced by a giant drone. Unten punches it with an electric-charged fist, when suddenly a cybernetic sword slices through it, revealing Tayshaun. 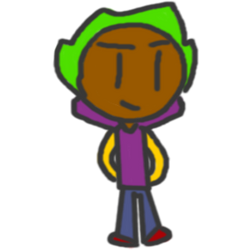 During the battle, Melissa dials the Misfits distress signal, and Topzy and Jared enter the fray. Jared flies around the arena, shooting at opponents, while Topzy slams them onto the ground with telekinesis. 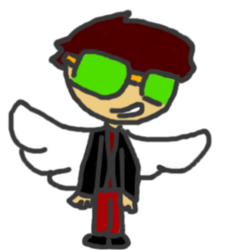 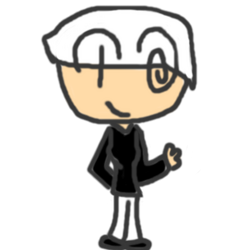 As the heroes' army grows stronger, Pilf makes an entrance with an army of minions twice as large. Suddenly, Pilf is hit with a lightning bolt, which is revealed to have come from Volt. 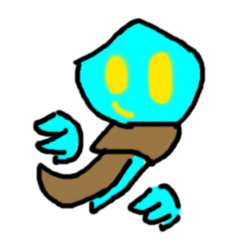 The whole group, lead by Unten, Rachel, Strafe, Sakeena, Netnu and Flip the Frog, charges at Pilf's army as the logo appears, followed by some text.

THIS HAS BEEN
THE FINAL SMORGASBORD CHARACTER BOMB: PART 1 OF 3
PART 2 COMING 3/5/16

We see Unten, Melissa, Strafe and Rachel fighting off monsters in a forest of bright orange trees, when suddenly Siesel jumps in, knocking Strafe and Melissa away Siesel charges up a laser blast aimed at Unten when he is grabbed by a white tentacle-like structure, which pulls him away. 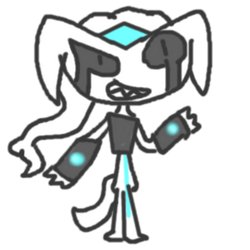 Quartz bashes Siesel into a tree before punching him in the gut. But suddenly Umbra jumps down and shoots darkness beams down on Quartz. 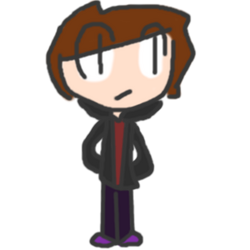 Umbra turns to Rachel and Unten. He swings at Rachel with his scythe, but she blocks it with one of her healing gauntlets. Then Umbra is knocked away by a telekinetic force, slamming him into a tree. 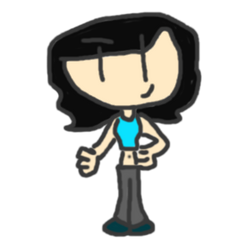 Krystal grins as she helps Melissa, Strafe, and Quartz back up. The scene then changes to Aran and Cura chasing after Alcyone and Shredder on the treetops.

Suddenly Shredder turns around and slashes his blades at Aran, but an object is thrown at him which knocks him down. The object appears to be a skeleton skull, but it quickly turns black and disintegrates. Aran and Cura turn their heads to see X-Ray. 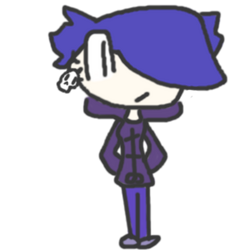 Alcyone aims her blaster at X-Ray, but Cura jumps in the way, aiming her arm cannon towards Alcyone. But then a dark grey smoke appears, enveloping Alcyone and flinging her away. The smoke then forms back into the shape of Smile. 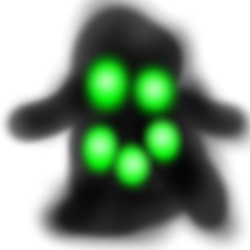 Smile, X-Ray, Cura and Aran all jump down where they find Unten and the others. Suddenly, a portal opens and out comes Kontrast. 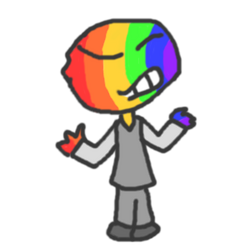 "OK WHAT THE FUCK? WHERE AM I? I WAS JUST RELAXING IN MY BED WATCHING RERUNS OF FULL HOUSE AND SUDDENLY I'M HERE? WITH YOU GUYS? I BET NOW I'M GONNA END UP IN ONE OF THOSE DUMB FANTENDO CROSSOVER THINGS!"

The screen fades to black as the logo appears, along with some text.

One Last Final Trailer: The Last One

What appears to be the normal world is seen, but a giant purple comet is heading towards it. Unten, Strafe, PalmMan, Sakeena and Rachel are seen walking down a road when suddenly the comet comes crashing down and they are enveloped by it.

Meanwhile, The Misfits are fighting off Androids when a similar comet crashes in. Melissa, Topzy, and Jared are enveloped by the comet. Aran stands there for a second, shocked, before running towards the comet with them. It then shows a shot of Tayshaun, Amy, Krystal, and Brendan Palmer watching as multiple smaller comets come down from the sky. 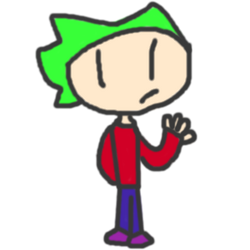 Koloro is seen being enveloped by the comet. Mika Sho reaches out for her hand, but she's just out of reach. 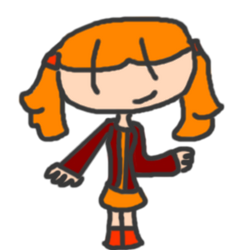 Flip wakes up in an empty field of white space, surrounded by stone statues. He is greeted by Zaiye and Tangerine as they fight off a worm-like creature known as Fante Ogno. 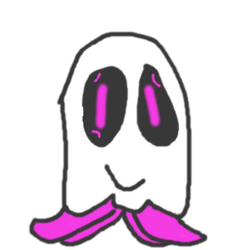 A shot of Quartz in a trapped in a room is shown, with "SEVEN EIGHT NINE" written on all the walls. Next, a shot of the Misfits and the F.A.N.T. Agents are shown, trying to escape a giant bird's nest.

Unten, Netnu, Cura, Sakeena and Volt are seen fighting a giant mecha robot. Suddenly, Blue jumps in and shoots magic blasts at the robot, weakening it, with Unten finishing it off. 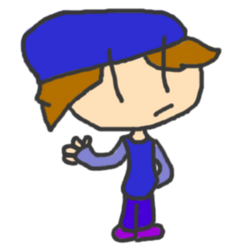 Fera and Ninjon are seen fighting back to back against an army of creatures. Ninjon is shooting ninja stars at them while Fera blocks their attacks with her shield. 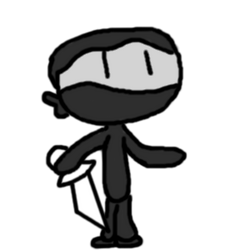 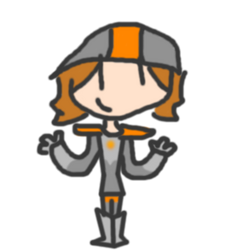 Finally, the final shot shows the entire playable cast lined up, ready to fight against an army of giant mecha robots, one of them being piloted by Pilf.

The screen fades to black as the logo appears, along with some text.

THIS HAS BEEN
THE FINAL SMORGASBORD CHARACTER BOMB: PART 3 OF 3
THANKS FOR COMING OUT

Unten, Cura, Strafe, Flip the Frog, and many other Fantendo characters are trapped in the Realm of Splorrgest, a strange alternate reality where the world is distorted and everything is backwards. Coincidentally, Splorrgest is ruled by Flip's evil doppelganger, Pilf. The Fantendo Heroes now must team up to stop Pilf and escape Splorrgest.

Zaiye
Add a photo to this gallery 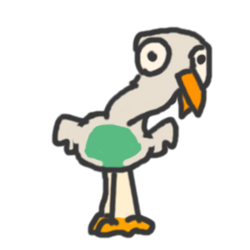 The first boss character encountered in the game, and acts as a sort of tutorial boss. Nobody knows who Freakin' Bird is, he's just a bird who lives in Splorrgest and does stuff, I guess. He attacks by pecking you with his beak, clawing at you with his feet, or shooting lasers out of his eyes. He can also fly for a short period of time.

A ruthless bounty hunter, Alcyone will stop at nothing to get what she wants. She has two robotic arms which can shoot out green laser blasts, and also wears tough robotic armor. She doesn't have as much stamina as she has strength or speed, but she is still a force to be reckoned with. 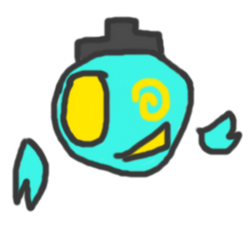 A prominent gameshow host and creator of the Laughball Interactive company, Laffbol is a popular celebrity across the land of Splorrgest. However, his gameshows often tend to be a bit... deadly. Laffbol also appears to be some strange form of Sparkling, so he has some electric properties to his attacks. 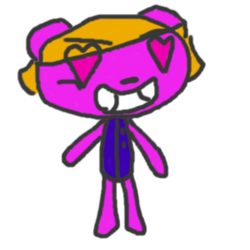 Bearlina is the leader of a tribe of female beorns, and is obsessed with finding a mate. Whenever she finds a new male beorn, or just any new male in general, she obsesses over them and believes they are destined to be together, and she will do anything to get him to love her. She is a tough character to fight against, and she can also call upon her subordinates to help in battle.
Retrieved from "https://fantendo.fandom.com/wiki/Fantendo_Smash_Bros._Smorgasbord?oldid=2347775"
Community content is available under CC-BY-SA unless otherwise noted.