Start a Wiki
NOTE: This is a fangame made by Ninkancho. Please don't make major edits without permission. Leave feedback in the comment section!

The tentatively-titled Fantendo Kart was announced by Ninkancho as a reboot of the Fantendo Kart series. The game is meant as an entry in the New Fantendoverse, but is not yet officially so. Fantendo Kart is planned to be released for the Display, its successor, and the The V², among other potential consoles; and will also be released in the generic Duo-Disk format that most disc-based consoles support.

/the left thumbstick steers the player's vehicle left and right, and can angle its pitch slightly in midair.

is used to accelerate, while

/the left shoulder button uses the held item, while holding it drags the item where applicable, and holding

may be used to toggle an onscreen map between two views, as in Mario Kart DS and 7, or as a horn if held.

The game's vehicles are powered by a dark energy source known as Fuscurge. It can be collected in small orbs, which spawn naturally on the racetracks and when a vehicle is damaged. Feeding Fuscurge into the vehicle's engine by pressing

/both bottom triggers will increase its top speed until it decelerates past a threshold (similarly to how the Life Mushroom provides three extra Life Meter sections until health drops below 4). Players need not use all of their collected Fuscurge at once, and Fuscurge will slowly deplete from the engine when used.

Playable characters are currently organized by owner name, then alphabetically (by last name if the article name contains one), with Exotoro (t∣b∣c)'s at the start and miscellaneous characters at the end. The Fantendo Kart emblem,

, means that the character debuts in Fantendo Kart. 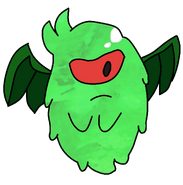 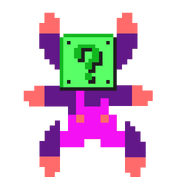 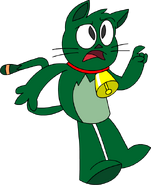 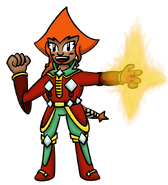 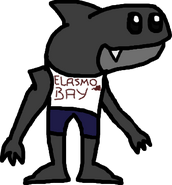 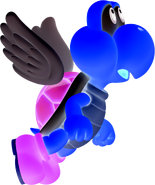 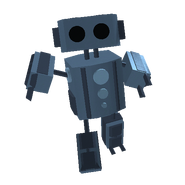 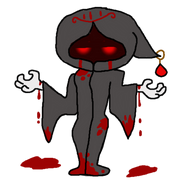 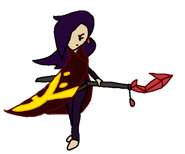 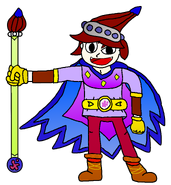 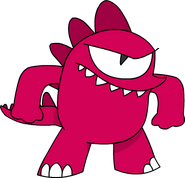 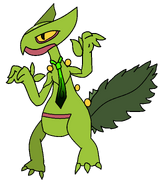 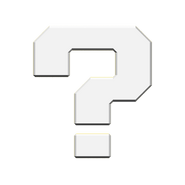 Static Wanderer
Add a photo to this gallery

Items are used by pressing

/the left shoulder button. Many items can be thrown onto the track, and holding this shoulder causes a reticle to appear in front of the vehicle, which can be adjusted by moving

/the left thumbstick up and down. 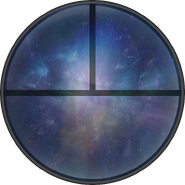 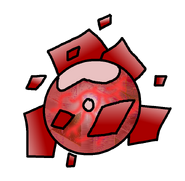 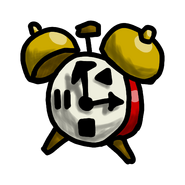 Squid. E
Add a photo to this gallery 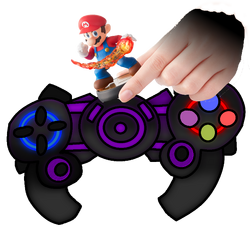 By tapping an amiibo figure or card, players can unlock character gear. Unlike Mario Kart 8's Mii Racing Suits, the unlocked gear can be worn by all characters, with gear replacing some of a character's default clothing if needed. For instance, the Mario's Cap gear replaces Bowie's cowboy hat when worn. Byte compatibility was planned for the feature, but is currently scrapped due to lack of known connectivity with the The V².
ninkancho
Retrieved from "https://fantendo.fandom.com/wiki/Fantendo_Kart_(reboot)?oldid=2416817"
Community content is available under CC-BY-SA unless otherwise noted.