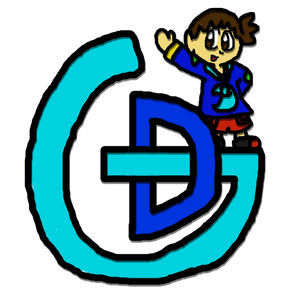 Hello, everyone, and welcome to GD Gaming Studio's Presentation for the Fantendo Holiday Showcase 2015! We're excited to bring you new information on some of our upcoming games for the next 3 days. The presentations might seem relatively small compared to some of the others may have to offer, but we hope you enjoy it regardless! A lot of the content being shown off today has been in the work for months; some of them even for years!

Before we begin, we'd like to wish everybody reading a Happy Holidays! No matter what you're celebrating; be it Christmas, Hanukkah, Kwanzah, or maybe just general festive spirit; we hope that everybody enjoys themselves as the New Year of 2016 quickly approaches, and thank all of you for checking our presentation out and supporting what we do... But enough of the introductory stuff! I'm pretty sure I've covered everything... so let's get straight into the presentations!

Super Smash Bros. Crusade has been one of our biggest and most ambitious projects so far. A lot of thought and care have been put into every choice made towards improving the game's roster and content, and we greatly appreciate the positive feedback that everybody has given us so far. Since the revival of the project in July of 2015, we've revealed 35 characters. These include 7 characters, from the popular choices like Takamaru and Inkling to more out-there choices such as Suicune. And today, the newest member of the Smash crew will be revealed... and I can say that I don't believe many people may have expected this choice in light of the latest news on Super Smash Bros. for Nintendo 3DS and Wii U! 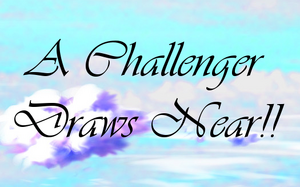 A flashing light is seen in the middle of the screen as it grows brighter and the edges extend to form the Smash logo. The screen then flashes to white and begins the trailer.

The scene begins in a grassy area, where everything seems to be peaceful. However, a blazing fire then scorches the area, as the source is revealed to be a nearby Charizard. Mario, Zelda, Takamaru, and Lucas all approach the beast and prepare for a team attack, launching the Charizard far away. As the team celebrates their success, Lucas accidentally trips and causes the whole group to back up a bit. They spot rustling patches of grass in front of them, as the screen shifts to a make-believe battle scenario where the party is against a group of Slimes.

One Slime then appears on a new aerial stage, spinning around before setting out. It is shown assaulting Mario through aerial attacks, and then sharpens itself to stab Mario from below. The Slime is then shown charging an attack, summoning a King Slime. Another scene shows Slime ducking to avoid an attack from Lucas while a nearby Healslime gives Slime some more health. Takamaru attempts to fight Slime as well, but stops as he confronts a Slime Knight.

Slime is then shown against the last of the party members, Zelda. It gets hit into the air by a Din’s Fire, but quickly retaliates with a Frizz. Zelda attempts to run away from the growing flames but gets caught by Slime’s Elastoblast. In a final group attack, the 4 heroes pictured at the beginning of the trailer attempt to charge at Slime, but trip thanks to a nearby Bubble Slime.

With his opponents knocked down, Slime manages to initiate his Final Smash, drawing in the Schleiman Tank. It reveals its cannon and fires a large laser at all 4 characters before launching the final blow, knocking them all out. Slime drops down, surrounded by all sorts of different summoned Slimes, and smiles towards the camera before a bright flash reveals the Super Smash Bros. Crusade logo. 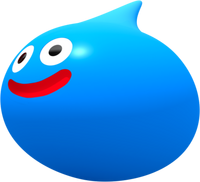 Slime has been revealed for Super Smash Bros. Crusade as a special guest character from Square Enix! Click on the picture of Slime for more information.

Penta is a new original game that we revealed back at the Spooky Scary Fantendo Showcase. If you're not sure what exactly Penta is, we recommend reading the full description here, but basically it's a mythology-based fighter game that strays from the traditional life bar or king of the hill formula. Players must collect Sol knocked out of their fighter, using it to then boost abilities and gain access to stronger moves, in an attempt to reach a target amount. Last time, we talked a little about the first character in the game: Yveil. Now, we're ready to announce the second challenger! 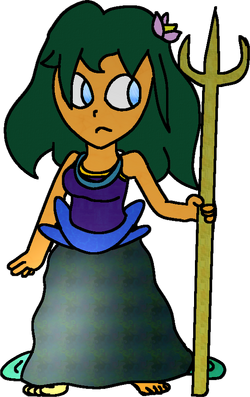 Meet Sirinae! Unlike most of the cast in Penta, Sirinae is technically a human. Despite this, she has many traits relating to mythological creatures: specifically, the Sirens. Her unloving parents abandoned her when she was just a baby, sending her off in her crib to float and die in the sea. She was eventually brought in by the Sirens and raised her into one of their kind, believing she had the potential to do what Sirens do best: charm and destroy.

Sirinae is now mostly grown up and prepares to undergo the final rituals necessary to become a full Siren. Even as a human, she has adapted to many Siren traits, such as the ability to transform her dress into a tail for better swimming capabilities or the notes for secret lullabies that lure in sailors. She also wields a special trident that has powers over hydrokinesis, which is generally handed down as a combat tool for the Siren's job. However, when Sirinae realizes exactly what the plans of the deceptive Sirens are, she decides that maybe she isn't ready for the responsibilities...

In battle, Sirinae has two different forms. On the land, she is an average fighter who can attack with her trident as well as physical moves. However, in the water, Sirinae uses her dress tail to swim through at high speeds, performing quick attacks that can cancel out other moves. Sirinae can use her trident to create pools and streaks of water across the battlefield, giving her more movement options while limiting those of her opponents. This water can be manipulated at Sirinae's will, making it a good attack or walling tactic as well. Her Siren's Song is also a deadly feature, being able to stun fighters and pull them inwards for combos.

Much more info on Penta will be revealed when the page launches in January 2016! We hope you all enjoyed the little sneak peeks of our latest original work, and we're eager to show off more when the time comes!

Danny's Adventure was one of GD Gaming Studio's very first projects, as well as their first piece of original work. Focusing on the adventures of a young boy and his team as they saved an empire from a former inhabiting race, the series quickly became the flagship face of the company. Many times, a sequel to this adventure has been brought up, and we're here today to share with you the final results... 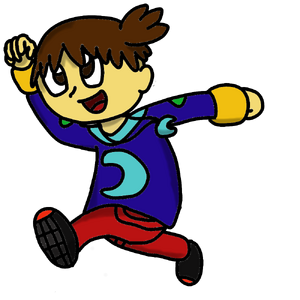 After years of work, we're proud to announce Danny's Adventure: Concord! The sequel of the platformer/RPG hybrid is set to take the established formula of the first game and make it bigger and better! We've listened to your reviews on the original, and hope to create a brand new experience! Let's get into some of the details about this new undertaking...

Danny's Adventure: Concord will hopefully create a simple story in a similar manner to the first game, but with a bit more freedom in what the player does and a lot more heart into all the different characters. In the end of the last game, Danny was accepted into the Golden Empire's Knight Crew, training to become the most valiant warrior of them all. This sequel takes place months after the original game, so Danny has already gathered quite a bit of experience!

With a few months of training under his belt, Danny is sent alongside his mentor, Anton, and some other knights on his first major adventure as a knight-in-training. Rumors have arisen that a nomadic tribe, formerly settled in the dangerous Glacial Peaks, have their sights are set on conquering the Golden Empire for their new settlement. In an attempt to try and solve things, Princess Kaine sends Danny as a peace ambassador for the kingdom to try and negotiate with another representative of this unknown tribe...

Of course, it would be too easy for Danny to meet the ambassador smoothly! He must deal with his crewmates as well as other high-ranking members of the tribe that have gone ahead and tried to invade the Empire by themselves...

What does the name Concord mean?

The name Concord fits exactly with Danny's goal! It was chosen because it meant peace and fit with the hero’s objective, but also sounded a lot like “conquered” and relates to the villain’s objective. Even if the name says it’s Danny’s adventure, it’s more than just his. The game also acts as an adventure for all these other characters affected by the scenario; as well as yours. Your adventure through this game has the power to make peace with the two groups...or cause even worse relations between them! Think about your consequences.

What new additions will be featured?

Danny's arsenal will be greatly expanded in this installment. Outside of some new Power Bottles, he'll be equipped with a mechanical masterpiece known as the Power Arm. This glove-like weapon fits as snugly around the arm as a large hunk of metal can, and increases the strength of the player's attacks. In addition, different upgrades for the Arm can be unlocked through collecting Gold Medals, which can give new powers such as grappling hooks and charged slides.

There are a few new collectibles this time around. The main one is flora. One flora can be found in every level, providing more detail on the plant life of Danny's world. In addition, we've heard that collecting a lot of flora can be a good thing. Some people say that there's a special place where only the greatest of flora gatherers can imagine of going...

In addition, there will be many new modes! We don't have specifics to announce, but you can expect plenty of new minigames, online connectivity for the game, and a host of achievements to unlock!

The main complaints of the first game were the lack of character and visuals. How will this be improved?

The personality of each character is very important to us. Every member of the cast in Danny's Adventure is meant to be their own unique figure, so we want to help them stand out! In order to accomplish this, we'll be introducing a new feature called Support Chat. Players will get the option to unlock special conversations between different characters as they go along their journeys. They can be found in many different ways, from completing sidequests to simply letting someone live to see another day! These Support Chats will be recorded in writing as time passes on, and they unlock special passive abilities for your player character as you achieve them.

Visuals is a much simpler task; we'll be working very hard to provide art for all of the major components for this game. Perhaps visuals might also help you better identify the characters and their defining traits through their positions and looks?

When can we find out more about Danny's Adventure: Concord?

Right about now! The page is live right now!

That concludes our presentation for the Fantendo Holiday Showcase 2015! From the bottom of our hearts, we thank you all for taking the time to read about everything we've got planned for 2016. It's been great finally being able to share these things, which have been in the works for a long time!

That's everything we have to show today... pretty sure I didn't forget to mention anything.... yeah. There's nothing left. Zip. Zilch.

Retrieved from "https://fantendo.fandom.com/wiki/Fantendo_Holiday_Showcase_2015/Presentations/GD_Gaming_Studios?oldid=1933165"
Community content is available under CC-BY-SA unless otherwise noted.