Fantendo - Game Ideas & More
Register
Don't have an account?
Sign In
Advertisement
in: What is the New Fantendoverse?, Fantendo Smash Bros. Combat (erictom333), Groups,
and 2 more

The Fantendo Firehouse refers to an organization that is often considered the "main" characters of the New Fantendoverse due to it's large host of plot-important characters such as Unten Bluzen, Rachel Harel, Strafe, Obena, and Sakeena Kamel. While the group has previously gone nameless and Unten refused to give the group an actual name in Just Like Old Friends, the title of the "Fantendo Firehouse" eventually stuck with the group due to the fact they operate out of a firehouse as of Phase 3 of the New Fantendoverse. Other names such as Fantendo Smash Bros. and the Undo-able Unten Eleven were suggested and rejected.

The group would first form in it's infancy as part of the ongoing storyline in season 1 of Fantendo Now, although many of the founding members would originally meet in Fantendo - Genesis. Around the episode Metamorphosis, the group had consisted mainly of Unten, Strafe, Sakeena, PalmMan, although the episode Singing and Dancing would have seen the group officially form with Leah Needlenam, X-Ray, Rachel Harel, and Reese forming the official group.

Unten, Strafe, PalmMan were all homeless when the group originally began it's start. As such, the three resided at Sakeena's house for the majority of Fantendo Now's season 1. However, Leah and X-Ray lived at Leah's hospital, Rachel lived in her own apartment, and Reese lived on a farm. As such, the group was very disorganized and spread apart, but would meet often through events or meeting at one of the living locations of the group. Since the majority of the group lived at Sakeena's house, it was largely considered the base of operations until Settling into Boltzmann.

Season 2 of Fantendo Now would have introduced the first major status quo change for the group in that The Fan and The Enemy would have trained the group at Boltzmann University, a school meant for godly training of it's students that closed it's doors more than a decade ago after many students died during the first invasion of Earth by The Threat. Focusing harder on defeating The Threat, Unten would begin training Six (later known as Quartz and making them somewhat of a member of the group. Prior to Fantendo Smash Bros. Victory, they finished their training more or less and almost all members began to rent apartments to live in the same apartment complex. The exceptions would be Leah, X-Ray, Reese, and Sakeena.

With most of the group living in walking distance to each other now, this period of the group was generally the most scattered they had ever been. This period saw them mostly going on their own adventures until the events of Fantendo Smash Bros. Victory. Reese also became less and less part of the group, not that they really were much of a part of it. After the events of Victory, a bunch of major shakeups occurred:

Beginning with Just Like Old Friends, the group more or less made a fire house their base of operations. The building was owned by Nycho Invalidez and many of the members hang out here but still own apartments for their own private lives. This period is largely considered the renaissance of the group, having gotten their act together and becoming more of an official team than they had been seen previously. This made them an easy target for Vicky Victorious and being seen as a team had it's downsides when it came to CHELPRO, but it also gave the group a lot more space to work with as well as organize.

The following events have all happened since the formation of the Fantendo Firehouse.

The Fantendo Firehouse features a rotating cast of characters that have either left or rejoined the organization from time to time. There also minor members who do not appear at every meeting or mission held by the group but are still considered part of the group for the most part. There are only four members that have appeared as part of iteration of the team: Unten Bluzen, Rachel Harel, Strafe, and Sakeena Kamel. 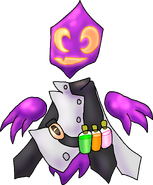