Good morning, and welcome to F3.

We would like to open this presentation with our biggest announcement. Our company has restructured, and we are retiring the Ninkancho brand today. But after every sunset comes another sunrise. This morning, we'd like to show you something new under the sun with our new brand identity…

The name AM Studios represents a paradigm shift for how we treat our products. We hope to improve the quality of our media, and to become a more recognizable force in the gaming industry. We're cleaning up our baggage, and we're going to keep moving forward and innovating.

Please join us after a brief intermission for our Display C presentation, where we will unveil a groundbreaking new model for how you control your games.

Welcome again to F3. We're brimming with excitement to show you the characteristic controller of the Display C: the SixPak.

You'll see the SixPak's logo on the slide, and it's a rough diagram of the controller's layout as viewed from either the front or the back. 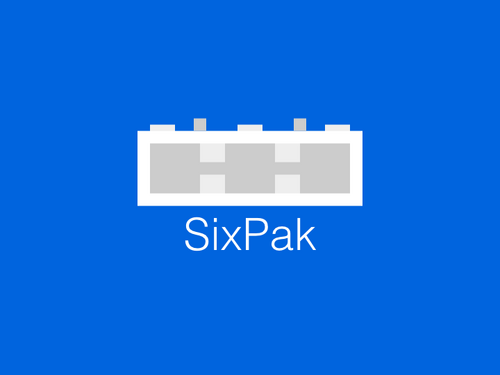 The main controls on the top of the SixPak are two shoulder buttons, SL and SR, which can be important for orienting the controller. In the middle is a HOME button. Not pictured are VOL and START buttons, as well as speakers along the top of the front face.

As you may be able to guess, that's not all the SixPak is able to do. I've been glossing over the three slots on each side of the SixPak. Let us demonstrate what they're for by adding a piece to this logo. 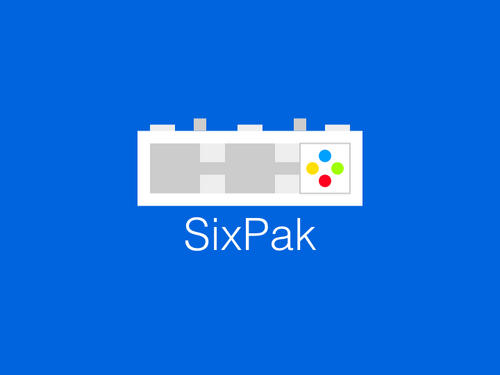 This represents inserting a Pak, a small panel with a few controls, into the rightmost slot. There are six Pak slots on each SixPak, and this means you can customize your controller layout and features to your liking, depending on the game you want to play.

Each Pak reports information to the overall controller, such as position and color. For example, you can use two Stick Paks in the typical twin-stick scheme without the software becoming confused.

The modular design also means that developers can choose to create their own Paks, custom-built for their games. And do you remember those fan mockups of Joy-Con with different control layouts on them—for instance, the Joy-Con (R) with the GameCube layout of face buttons? We have already designed a Retro GameCube Face Pak, so you can play that way if you want. Options!

The usual selection of controls, in the form of Paks such as Stick, D-Pad, Trigger, and so on, will be packaged with the Display C at launch. The SixPak also comes with several Paks meant more for utility, such as the Battery Pak for providing the controller with extra battery life, which you can easily place in a back slot. And if you lose or break a part, the design of the SixPak lets us keep price down, making it so that you only need to replace what needs replacing.

The dark gray protrusions at the top of the logo are also more than you might assume. They represent a latching mechanism that lets you safely connect SixPak controllers to the Display C console; or two SixPak controllers to each other, for use as a single clamshell gamepad with twelve whole slots.

The SixPak isn't the only way to control the Display C. In addition to supporting a more standard Pro Controller and any Display-compatible controller, you can plug in and map your own USB controller. If you already have something like an Xbox One Controller or DualShock, you can use the Display C without a SixPak or Pro Controller on hand… though we still recommend one! 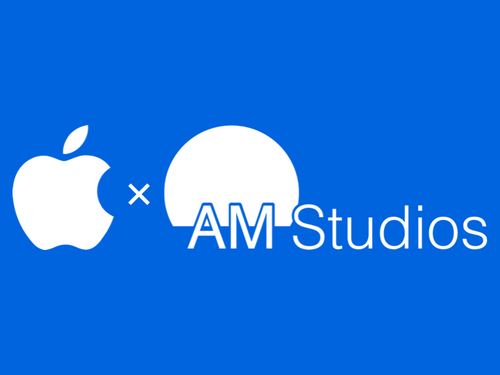 Relatedly, we would like to announce a partnership with Apple for our proprietary iOS app, Display C Controller. This app depicts a Pro Controller-like layout of controls. You will be able to sync your iPhone or iPad to a Display C and use the app's interface as a controller. You can even use 3D Touch to press in the sticks and triggers. Vibration feedback is conveyed using the Taptic Engine, so games with rumble features will still be able to use it through the Controller app. iOS users will be able to download Controller from the App Store at the Display C's launch.

Finally, a completely different controller called the Spec is on the way. It is a virtual reality headset with a form factor between those of the Playstation VR and Google Glass. This isn't quite ready to show off yet, as VR is something that needs to be seen to be fully experienced. We'd like to be clear that due to the technology and expense, the Spec will not be included in standard bundles with the Display C, and only certain software will require it. We hope this announcement generates excitement until we can provide an interactive demo of the Spec at a later event.

In a few minutes, we would like to tease a new shared universe. Please wait as we run a final check on the trailer reel that will play afterwards.

Life is power-hungry by nature. We all want to ensure our prolonged existences. The logical conclusion of this desire is the establishment of a rule over other beings, so that the ruler is in less mortal danger. When the commoners are complacent with their government, they will defend their nation from any outside threat.

The Baraenion Empire used its technology to achieve this on a galactic scale. No outside force could pose a threat to it. Then… it fell apart from the inside.

No one knows why. There might have been a civil war? But that's just conjecture. After all, whatever happened was a really long time ago. Now that all the Zeon-native species are scattered across the universe, it's pretty tough to piece the history together.

AM Studios is proud to present the Subverse, a shared universe project.

The main protagonist is a treasure-hunting Beorn named Horta. She explores planets trying to uncover the reasons for the fall of the empire. Like Horta, you, the players, start out with no prior knowledge of this civilization. The lore emerges as new entries in the series are released. Since this is a shared universe, this provides other writers with a lot of lenience in terms of plot.

We will share the rights to writing for the universe once we release the first game, Subverse: Tainted Slate. This is so that we can establish some of the series's style, iconic elements, and some lore for other writers to work with. The game will use a top-down style and focus on treasure collection and interplanetary navigation. We hope it will provide some interesting material to contemplate.

With that, we move onto the trailer reel.

Seeds of Shadow have been dispersed to Hyrule by a mysterious new foe.

After an attack on Hyrule Castle, Link and Princess Zelda are banished to the cursed island of Avifon… a land said to transform its inhabitants into harmless birds!

Worse yet, Link has monsters on his tail!

[Link uses a portal to turn into a bird. The area is surrounded by dark, thorned vines.]

Switch between human and bird forms

Use items and equipment to forge ahead…

[Link and Zelda are seated at a table, forging a piece of metal.]

And forge new swords to drive out the forces of evil

The Legend of Zelda: The Wings of Avifon
Out soon for Display and Display C

[A blurred figure tears through the sky. Pan; the scene is a race track. Luigi tailgates and passes Birdo's kart with a mean stare on his face.]

[Tracking shot on Luigi's kart as it breaks a Double Item Box. The camera suddenly jerks up and zooms in on the airborne figure. Cue a 4
4 string ostinato in D minor.]

[Luigi checks a rearview mirror, with the figure appearing distant in the reflection. He becomes startled and turns his head. The camera focuses on the figure, revealing it to be a Spiny Shell as the music becomes more frantic. Luigi looks at his item slots, which are still rolling. He gets a Banana and a Super Horn. The Spiny Shell is too close; there is not enough time to waste the Banana in the primary item slot. However, he uses the Super Horn anyway.]

[The Super Horn releases a soundwave with a harmonic tuned to the resonant frequency of the F3 audience's seating. The Spiny Shell shatters spectacularly, revealing the logo for Mario Kart C.]

Mario Kart C developer: For Mario Kart C, we wanted to strike a less luck-based balance. This meant removing and modifying items that are often deemed unfair, such as the Spiny Shell and Lightning, respectively.

Mario Kart C developer: We had to put a lot of work into balancing the item system. In previous titles, you might see a few players competing for first place, with no one else able to catch up because the rest of the track is in chaos. We want to release this game without those kinds of situations happening so frequently. We also want players to have more mobility across the ranks, without setbacks feeling like the game's fault.

Mario Kart C developer: Oh yes, the item system is something we found incredibly important to make fair, especially since there can be up to 24 racers.

[Footage of various characters in two-seated karts plays, generally demonstrating the concepts expressed by the developers.]

Mario Kart C developer: Mario Kart: Double Dash seems to be a fan favorite of the series, so we brought back the system of two-driver karts. You can play Singles or Doubles matches to your preference. … There are a lot of new gameplay details involving the double karts, such as the layout—front-wheel-, rear-wheel-, or four-wheel-drive—determining who inputs certain commands, like Tricks. We were careful not to make the backseat driver metaphor too literal, though!

Mario Kart C developer: The Singles and Doubles forms of vehicles each have their own strengths and weaknesses. For instance, in Singles, you can get two items and choose which one to use, whereas in Doubles, each racer gets only one. The Doubles versions tend to have slightly better stats, though, as we wanted to reward effective cooperation.

Mario Kart C developer: Since we already had the assets used in Mario Kart 8 and D, we were able to introduce a lot of new characters, as well as a few more veterans who had disappeared for a while.

[Each of the following characters are shown driving as their name appears.]

[Mario and Luigi drive over a hill into the sunset, with a couple of other racers behind them, then ascend with their kart's glider open. Fade out.]

Meet the next generation of starter Pokémon! 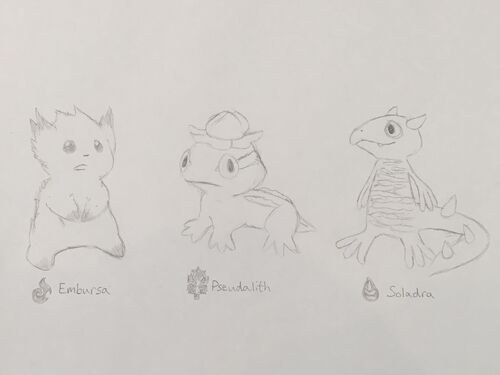 Embursa, the Fire Bear Pokémon. In battle, it feigns weakness to get close to opponents, buying time to plan attacks. Only wariness around this Pokémon could prevent wildfires.

Pseudalith, the Morph Frog Pokémon. It can change its skin from green to brown and turn its icy ridges to stone with its signature move, becoming Rock type. The flower it wears resists cold weather.

Soladra, the Long-Toed Pokémon. A blue-camouflaged body and long toes help it navigate stealthily, especially underwater. In dangerous situations, it can sacrifice its poisonous tail.

Well, that's it for this presentation. We're glad we had this opportunity to show off what's in store. Thank you for attending F3!

Retrieved from "https://fantendo.fandom.com/wiki/Fantendo_Fanon_Feature_2017/Presentations/Ninkancho?oldid=2406721"
Community content is available under CC-BY-SA unless otherwise noted.