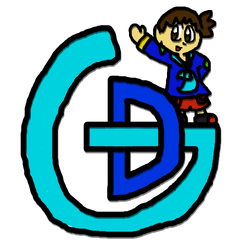 Welcome to the Fantendo Carnival Showcase for GD Gaming Studios! I'm your host, Dylan, and I'll be giving you all exclusive information for what you can expect to see in this company in the near future!

If you're a fan of the company, you probably know Danny (Danny's Adventure). He's the mascot of the company, and he recently starred in his first game, Danny's Adventure. The game was a platformer that featured the unique ability to power up your skills with Power Bottles and store items with different effects in your inventory.

Today, we are proud to announce that the sequel, Danny's Adventure 2, is coming! 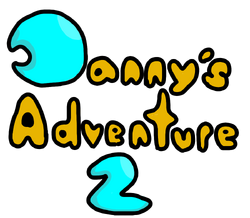 Danny's Adventure 2 will run on the same engine that the original game has, but with many new features such as a brand new plot. Two new powers are available-the Toxic Bottle, and the Bomb Bottle. A new playable character is also available-Anton, a knight from the Golden Empire.

Danny's Adventure 2 will be much larger and feature more modes than it's prequel, and is scheduled for a 2016 release on the GD Port.

Welcome back! It's the second day of the carnival showcase. Today I'm here to talk a little more about the future of our company.

In a vast landscape, known simply as the Z Verse... The Z Verse is a world drenched in deep fire... You control the empress, Araceli, in an attempt to rule the kingdom correctly... However, things may turn to a surprising twist. Many unique characters await you in this tale of legends! Such as Fanundrem, a mysterious man who's constantly switching sides... Or Sir Jordus, the honorable warrior fighting for the right way of life... Araceli, unable to keep control of her kingdom for much longer, rules for the Z Verse to crash into the A Verse... The Z Verse and A Verse were never meant to meet... This is a story that tells the consequences of the two Verses meeting, and Araceli's chance to create a perfect world...!

It might sound familiar to some of you. It's a bit of an LoZish game, where you solve puzzles with weapons. You can equip different weapon parts in later parts of the story, but the main weapon is the Silver Blade. The plot follows the Empress of this place called the Z-Verse, and later on you'll unlock the second character, Sir Jordus.

....Cough...Sorry about no presentation yesterday, I was sick. However, I'd like to end the showcase with a big bang and introduce two new games!

First off, I'd like to introduce a new series. The first game will be called Jr. It features this cute little rabbit thing I'm making a design for. He doesn't have a name yet, but his placeholder name is "Skips". This is a music game of sorts, where you press buttons and perform actions to the beat of original music in the game. You'll know when these actions come by color-coded music notes or the game notifying you. When you successfully perform an action on a music note, you'll speed up, but you'll also collect the music note.

Music notes can be used to buy new songs and different costumes for Skips. You'll start with about 30 default songs, but you can buy over 50 new ones with Music Notes. There will also be monthly updates featuring special songs that can't be obtained other than by downloading them during the update. A challenge will often come alongside it, featuring events such as getting over a certain score.

The second game is one I've had in mind for a while. It's called GD Festival. Unlike other crossovers inside a company, it's not a Smash Bros. ripoff. Rather, it's a party game featuring characters from many series in the company. It also has 2 guest 3rd party characters-one of them is White, from Zentech Studios. We still have room for one more!

Anyways, it will feature board layouts from each game. However, there are 7 different modes that you can play, allowing for a ton of fun. There's Race To The Finish, where you race to a specific space to collect flags, a simpler version of Monopoly, a coin collecting mode, a mode where you collect all 4 Suit Cards, a simpler version of Sorry!, a quick-paced game where you try to avoid owning a Misfortune Card by shuffling cards, and a game where you turn in coins to collect as many amulets as you can.

The main powers that change the game's outcome are cards. Cards have varying effects and you shuffle them and get a new one every turn. Cards can affect both your roll and your score in some way, and there are even mode-specific cards, such as the Suit Cards and Misfortune Card. Cards are shuffled between players in some modes.

There's also a story mode featuring all 7 modes, and a shop mode where you can buy different things using Card Points you get for playing. You can buy different selections of music and figurines of characters, and even badges that affect your player in some way. You can also buy Puzzle Pieces, which are often random every day, and if you collect them all you'll get a nice poster.

GD Festival supports multiplayer, and you can even connect across the world and play with others. You can also exchange different Puzzle Pieces with each others to help complete the puzzle. If the modes are too long to play, there's a nice simple Mini Game Mode where you can play a couple of quick and simple games based on different events.

And that's the end of the Fantendo Carnival Showcase. Thank you all for watching!

Retrieved from "https://fantendo.fandom.com/wiki/Fantendo_Carnival_Showcase/GD_Gaming_Studios?oldid=2938817"
Community content is available under CC-BY-SA unless otherwise noted.