Fantendo - Game Ideas & More
Register
Don't have an account?
Sign In
Advertisement
in: What is the New Fantendoverse?, TV Shows

NOTE: For the full, completely fresh experience, skip down to the episode section. 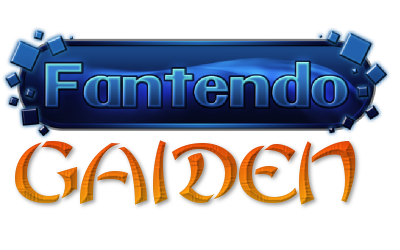 Fantendo - Gaiden is a side series to Fantendo Now, and a Fantendo View exclusive action/drama show helmed by Inora. The show focuses on side characters in the New Fantendoverse, as well as smaller-scale characters, with each season having an over-arching storyline in addition to the loose main theme of showing off "side-stories" as the name suggests.

The first and only season released in November 2015 and got pretty good reception. Following some deliberating on the part of the creator, the show was cancelled for various reasons. Season 1 is currently mostly canon, with a few exceptions due to changes made in continuity.

The show will be succeeded by Fantendo - Gaiden: Legacy.

Takes place during Season 1 of Fantendo Now. This follows Squad-410 of F.A.N.T as they investigate various supernatural threats and objects, teaming up with other Fantendo characters along the way. They seem independent, but things are not what they seem. Although not an episode, Issue 6 of Fantendo - Showcase is a prequel to the season, and Issue 1 of Fantendo - Small Time is an epilogue.

Season 1's intro features a sketchy, rough drawing style, accompanied by a musical theme that starts out slow and dark, but eventually escalates into a more traditional epic theme. The intro begins showing villains from the season, but slowly shows the heroes coming in until the show is overtaken by them, then showing the logo.

"After the world changing events of Fantendo - Genesis, F.A.N.T is founded to protect Earth from alien, supernatural, and extradimensional threats. Director Helen Rizzo recruits her old FBI buddy Eric Sinn to lead Squad-410 while training new recruit Hugo Logia. As they try to balance their complex interpersonal relationships with new cases, the squad discovers a threat that could endanger the entire universe."

Season 1 has had positive response.