O-Papa (who has now betrayed the Menons) has just discovered a diamond named the Peacekeeping Diamond that can restore peace to the Fantasy Zone when there is war. Opa-Opa and Upa-Upa have heard that the Dark Menon Force are coming back once again. After this, Harri and Uriah, who are now wanting to help, join forces with Opa-Opa and Upa-Upa. They also find out that Squilla, Ida, Godarni, and Haya-Oh are now working for the Menons. The four of them are raging about this. So they go on an adventure.

When they first approach Big Fat Machine 3000, they think it is just a joke that was made by a company. They even think it is inflatable. However, they shoot it, and it goes crazy. It sends out Morse code, that said: "You can get it back if you are clever. But you are dumb so ha! You won't be getting it back!"

Opa-Opa/Harri defeats Big Fat Machine 3000 and choose to destroy its body. They find the Peacekeeping Diamond and then they activate it. Fantasy Zone is now peaceful again!

Opa-Opa/Harri defeats Big Fat Machine 3000 but choose to leave its body alone. The Peacekeeping Diamond dissolves, and then sets Fantasy Zone on fire. Opa-Opa, Harri, and Co. all die a horrible death.

Gameplay is similar to Fantasy Zone. However, you can play as Harrier. He controls like he does in Space Harrier, but from a 2D side-scrolling perspective.

The Big Fat Machine 3000 was designed to be comedy-like, so that Opa-Opa, Harri, and Co. would think it was just a joke. However, it is very powerful, and has a laser that can kill instantly even with full health. 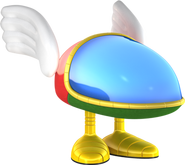 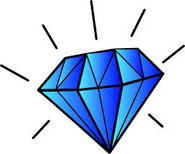