Etrian Odyssey 3 Untold: The Labyrinth's Whispers is a 3DS remake of Etrian Odyssey III: The Drowned City and the third game in the "Etrian Odyssey Untold" series of remakes. Like its predecessors in the Untold series, it's set apart from other Etrian Odyssey games through Grimoire Stones and a Story Mode.

When outside of combat, most of the gameplay consists of exploring the maze-like Yggdrasil Labyrinth. This maze is viewed from a first-person perspective, and most of its detail comes from descriptive events. Certain points on the map can be used for gathering resources, while others are events that can rejuvenate the party. However, an accurate map of the maze is not automatically recorded. It is up to the player to build their map as they progress through each floor, adding notes for helpful events or secret passages.

While exploring, an indicator at the bottom-right corner of the screen will slowly change color, indicating how close the player is to the next enemy encounter. Once it's red, they will soon enter a random encounter with monsters. Combat is turn-based, and players can choose to Attack, Guard, use Skills or Items, or attempt to Flee the battle. There are two "rows" in combat - the front row, and the back row. Back-row fighters get damage penalties to their melee attacks, but also take less damage. Three fighters can be in one row at any time, but the player's party can only be five characters big. The remaining sixth slot is sometimes used for the skills of the Ninja and Wildling classes.

Not all battles are random encounters. Often, the player will encounter F.O.E.s - monsters powerful enough to warrant being visible on the map. Running into an F.O.E. means fighting them, but each one has a movement pattern that allows them to be avoided if proper precautions are taken.

As you progress through a maze, your bag will slowly fill with seemingly useless resources. By returning to the shop and selling these resources, however, you can make a quick buck while simultaneously unlocking the ability to purchase new gear at the shop.

Each party member starts off with three skill points and gains one more skill point when they level up. These skill points can be spent to purchase new abilities, including passive boons, permanent stat buffs, and Skills that can be used to make the game just a little bit easier. Each party member has access to the same set of common skills (HP Up, TP Up, Bandage, etc) as well as a set of skills that are unique to that character's class (Kagerou, Lullaby, Bodyguard, etc).

Immediately after completing the first quest of the game, the player will obtain a boat which they can use to sail from the port in town in search of a new for traders to use to get to the hub. You can also explore in search of interesting events and side-adventures, or go fishing to make quick money. Voyages play a slightly more prominent role in the Story Mode.

The Story Mode of EO3U differentiates itself from the previous two Untold titles by not having a player avatar; instead, it focuses on a Highlander named Marlis who has been called to Armoroad to delve into the Yggdrasil Labyrinth and solve some minor issues, but quickly finds herself delving deeper and deeper to answer some questions of her own.

With new maps and an updated game engine, Classic Mode will be a fun dose of nostalgia for veteran Etrian Odyssey players. Unlike previous Untold titles, however, the original's two unlockable classes are actually still unlockable.

The Yggdrasil Labyrinth is the main setting of the game - a sprawling underground maze inhabited by hostile monsters. It is divided into six "Stratums," nearly all of which consist of four floors.

Like previous Untold titles, the player can go into the settings at any time and choose between the original synthesized tracks and a set of totally new orchestral tracks. 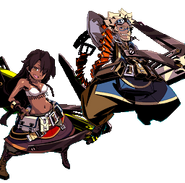 Artwork of the Arbalist class 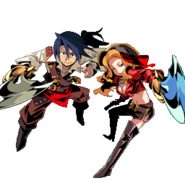 Artwork of the Buccaneer class 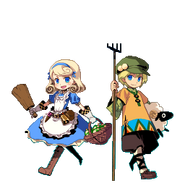 Artwork of the Farmer class 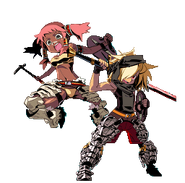 Artwork of the Gladiator class 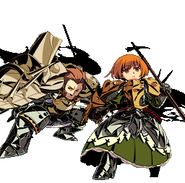 Artwork of the Hoplite class 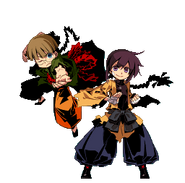 Artwork of the Monk class 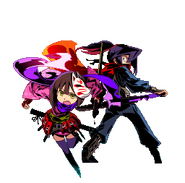 Artwork of the Ninja class 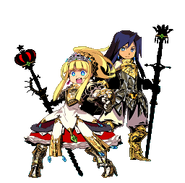 Artwork of the Sovereign class 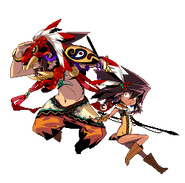 Artwork of the Wildling class 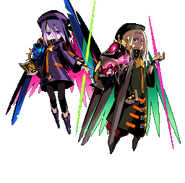 Artwork of the Zodiac class
Add a photo to this gallery
Retrieved from "https://fantendo.fandom.com/wiki/Etrian_Odyssey_3_Untold:_The_Labyrinth%27s_Whispers?oldid=2577572"
Community content is available under CC-BY-SA unless otherwise noted.