View source
“Fufufu! Hehehe!”
— Endal, prior to every fight against him

Bananas "Endal" Panama the Monkey is the primary antagonist of the BowieQuest series, being Bowie the Teddy Bear's official arch-nemesis and his toughest foe yet. This psychotic evil monkey was once obsessed with the idea of ruling the world, but now he just wishes to tarnish everything that happens to be colored green, thanks to his numerous and various losses against Bowie triggering that loathing and erasing his dreams. His new plans typically involve stripping the planet Stitchonia of all its fluff, patchwork, and yarn, opting to replace it all with the rusty brown empire he's been constructing from the start.

He first appears in BowieQuest.

Endal is a stitched-up, fluffy stuffed brown monkey with thick fur all around his body and thin cybernetic armor around his arms and legs, those alone making him more advanced and protected than the rest of his kind. He also boasts glaring red eyes and wears a violet cape flowing fiercely behind him. Endal wears loose purple imperial robes that are inspired immensely by the style found in the Han dynasty and wears a protective helmet to match. When Endal grins, one can easily see his golden teeth, which are apparently jewels he fitted in on his own.

Endal is an incredibly vain and vicious person at heart, being highly self-centered and rarely having his emotions properly contained, trying his damnedest hardest to attract and draw as much attention to himself as possible. Never really behaving sympathizing or caring to others, Endal sees himself as superior to everyone else, attempting to crush down anyone that thinks otherwise. Though possessing an enormous ego, Endal is indeed telling the truth about his incredible intelligence, capable of constructing machines and inventions beyond anyone's visions and stripping the planet Stitchonia of the materials it's made of. Endal gloats a lot about his successes and triumphs, especially when he's secretly feeling frustrated or knowing he's on the verge of being defeated.

This monkey typically has a calm demeanor when things are going well for him and his crew, but his attitude quickly heads south when he feels like things are going poorly. He behaves best in enclosed, rusted mechanical places as they feel like home to him, and is far less stable when out in open lush places. If he's face-to-face with Bowie himself, he tries to keep his cool throughout his skirmishes with him, only to lose his temper completely if he's weakened enough. In spite of his grudges held against Bowie and his family, he does secretly admire their determination to stop him in his tracks and has complimented them before for solving labyrinths like the Ironworks. 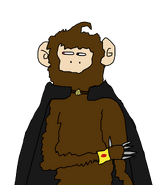 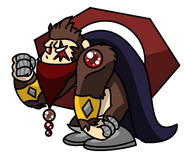 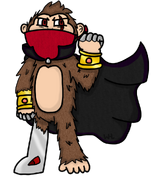 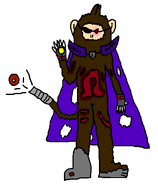 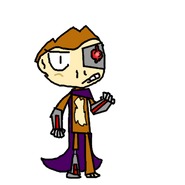