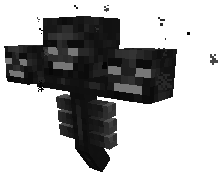 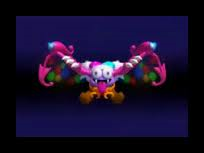 NOTE: The title is intentional and not a spelling error. Please do not rename.

Dynozaurian is the fifth game in the DinoTerror series. Chronologically, it's the very first game in the series.

The year 2090. In a manufactory, dinosaurs have been hatched. These eggs came from Saurisle, an island where dinosaurs survived the Cretaceous-Tertiary extinction event 65,95 mya that mostly wiped out the animals. At night, your boss, before going home, orders you to check the cages one more time, and then you may go home too. Your boss then leaves and you check the cages. Then you hear glass getting destroyed. You turn around and a Velociraptor has escaped. And so you gotta get out before the door shuts.

Once you reach the end of the long hall, you're finally at the door ! But you still got to type in the security code to get out. While you do, you hear grunts behind you. You quickly open the door, but now you gotta close it with a different code at the other side ! It seems to work, until one raptor pulls you back in and you get crushed by the closing door. The manufactory is now the dinosaurs' territory.

Gameplay is virtually the same as Dinosaurian, but is more aimed to even older audiences, and weaponry is present. A new element is introduced: whenever the player gets attacked and fails to wear off the dino (another new element), the screen starts haemorrhaging. The more the player gets hit, the more the screen starts shaking. When a certain number below at the screen (which gets higher the more the player fails to wear off the dino) hits 100, the player automatically gets jumpscared from behind and is killed. There is also an time limit to reach the door, and when opened, the hallway to the door to get out; If the game isn't completed within 90 min. the door shuts permanently (and the hallway can't be entered) at which point the player gets a Game Over.

Retrieved from "https://fantendo.fandom.com/wiki/Dynozaurian?oldid=2518878"
Community content is available under CC-BY-SA unless otherwise noted.