The Duck Hunt Dog (sometimes referred to as Mr. Peepers by fans) is one of the main characters featured in Duck Hunt. Introduced in the game as a way to award players for shooting ducks or mocking them when they miss, the Duck Hunt Dog was a famous character due his infamous trademark laugh every time the player missed the ducks. The Duck Hunt Dog has a more important role in the arcade port Vs. Duck Hunt, in which he served as the host of the bonus games.

Many years after his original debut, he reappeared in Super Smash Bros. for Nintendo 3DS / Wii U, where he appeared alongside a Duck from his game and made use of frisbees, cans, Wild Gunmen, and even an unseen player using the NES Zapper to launch opponents. The dog/duck duo is referred to under the general name Duck Hunt, and their home stage of the same name is directly inspired by the original game, and retains most of its standard features. Duck Hunt later returned in the Nintendo Switch game, Super Smash Bros. Ultimate.

The Duck Hunt dog is known for his usual snark everytime the player loses the duck in Duck Hunt and also he taunts the players in Vs. Duck Hunt, in which while the player shoots the ducks, he jumps around. In his appearance in the Super Smash Bros. series, it is shown that he has a good relationship with an unknown duck.

While he doesn't shows any abilities in his home series, the Duck Hunt Dog is shown to be a quite a fighter, he is somewhat fast and agile, he utilizies his paw and his mouth for his attacks. He is also shown to be a some kind of tactician, as he commands to the shooter where to shoot, as it is shown with his forward smash and his Side B. Outside of that, not much is known for him. 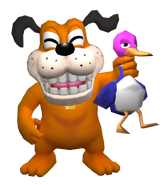 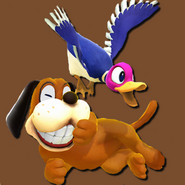 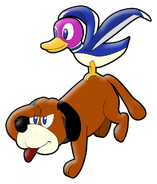 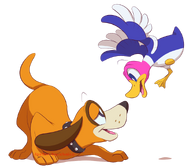 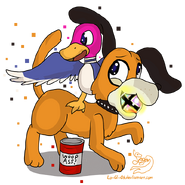 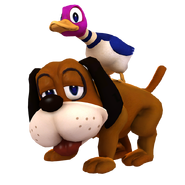 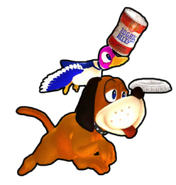 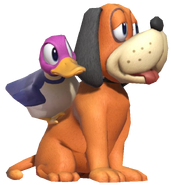 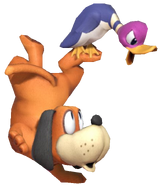 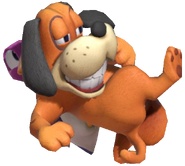 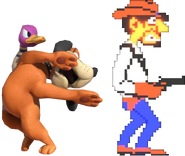 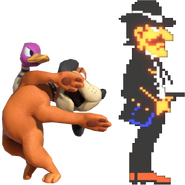