Draco Duel is a fantasy-fighting title developed by Button Studios for the Nymbus, that was released on January 7th 2019. It is the first game in the Draco Duel series. The game was first teased at Button Studios' September Direct Presentation, although details about the game weren't formally revealed until November 21st 2018.

Draco Duel is primarily a fighting game that takes inspiration from many video game franchises including Tekken, Street Fighter and ARMS. Essentially, gameplay revolves around 5-minute matches between two players that take control of Draconids, a half-human half-dragon species, in death matches that take place within three-dimensional arena environments. There is a great deal of strategy involved within the gameplay of Draco Duel, with fighters being able to transform into much more powerful dragon-like forms, at the cost of their stamina and health. The game takes place in Arcania, a fantasy world where Draconids inhabit the plethora of environments.

The game has several other game modes revolving around the fighting mechanic, including: local multiplayer free play, and online multiplayer, which includes friendly, competitive and tournament games. Upon its release in January 2019, Draco Duel was met with mixed, but generally positive reception. Critics praised the fluid gameplay and depth of combat, while criticising the lack of in-game content and character balancing issues.

Following the game's success, Draco Duel 2 was announced on May 30th 2019.

Draco Duel takes place within a fantastical world called Arcania, where the land is ruled by human-dragon hybrids with transformation capabilities called Draconids. After thousands of years of war and conflict, Arcania has finally reached an era of peace, where Draconids have developed cultures and activities, most famously Duels. These competitive events are where Draconids fight in no-holds-barred matches. While throughout history, these events were seens as inhumane, violent and needless, Draconids are now enthusiastic about the thrill of the fights.

Draco Duel is a 3D fighting game in which matches take place over five minute durations. The objective of the match is simply to deplete the opponent's HP to zero.

Halfway through the match, the game will pause, allowing for players to change their activated Essences. These fragments each carry different powers that carry positive effects into gameplay. In order to use the effects of an Essence, players must first unlock the Essence through other game modes, then activate it. Up to three Essences can be activated at once, with stacking effects, but at the halfway point of the match, all three active Essences must be switched out. This prevents players from using potentially overpowered Essences for the whole game.

During combat, attacks deal default damage values, however the figure is mostly dependant on the timing of the user's attack. Before an attack is carried out, players must press a button (or sequence or buttons) in time with flashing lights that appear in the UI. Perfect timing with button pressing can increase power by 50%, while failing to even press the indicated button will reduce power by 50%.

Good timing doesn't only increase the power of the attack - it also rewards the player with Etherium. Etheriumis displayed in a gauge across the top left of the screen. Perfectly timed attacks reward the player with 10 Etherium, and when the Etherium value reaches 100, players can execute an Etherial Finale. This is a powerful attack that inflicts huge damage onto the foe.

Duels are simple matches that take place between two players. Ultimately, the goal of a duel is to wear down your opponent's HP to 0 before the time limit ends. Duels can be played with two different rulesets - namely Friendly and Competitive.

Online, Duels can be played in either Friendly or Competitive modes with registered friends on the Nymbus system, or strangers from the user's country, or all over the world. In the online lobby, players first select what type of duel they would like to participate in. Next, they can choose whether to play with online friends, players within their region, or players from all over the world.

After a match is made between two players, they will be able to communicate via text chat for roughly thirty seconds while the game loads. At this point, players choose their characters and, if they are playing Competitive, their Essences to start the game. Upon the conclusion of a match, both players will be automatically registered as each others' "Acquaintances" on the system, and their Dragon Power stats will change depending on the result of the match.

During the October 2018 Button Direct, it was revealed that the game would include online tournaments from time to time. In these events, players would choose a team. Akin to Splatfests from Splatoon, players choose their team based off their preference of the two items displayed, such as 'Chocolate VS Chips', 'Pancakes VS Waffles', and so on. When a player plays online, they will be matched up against a player from the other team, and the winner will contribute points to their team's grand score. At the end of 48 hours, the team with the most points will be victorious, and winners will receive rewards such as exclusive Essences and character costumes.

Grand Prix mode takes the player through a series of twelve fights, one against each character in the game. The objective is to endure every fight to be crowned the champion of the Grand Prix. Each battle takes place against a certain character on a preset stage. While the fights take place in a random order, players will always begin by fighting the character they are currently playing as.

Grand Prix takes about one hour to complete. Fortunately, there are checkpoints after every three battles, which the player will be sent back to if they lose a fight, or the system is turned off. Upon reaching a checkpoint, the player will be rewarded with a low-rank Essence, and on completing the final fight in the Grand Prix, they will obtain an S-Rank Essence, a special type of Essence that can only be obtained through this mode.

Mass Attack is an alternative competitive multiplayer game mode wherein 6-12 players can play together in two teams. Essentially, the objective of Mass Attack is to destroy the other team's Etherial Heart. Doing this will prevent enemies from respawning, allowing the player's team to kill them off and win. As such, Mass Attack revolves around many offensive and defensive strategies. Players using characters with defensive builds such as Selesté may want to consider protecting their Etherial Heart, while characters with offensive builds such as Vahala should be used to inflict damage on opponents.

This game mode takes place within a map, randomly selected from a pool of eight different maps known as Battlefields. These maps are much larger than your average duel arena - many are fitted with hazards and almost all have varying landscape, meaning that team strategy must be based around the selected map.

Players can participate in Mass Attack either via local multiplayer with between five and eleven friends where teams are selected manually, or via online multiplayer where eleven other players will be connected to the player before teams are randomly assigned. Essences can be used in this mode so it's important to have obtained a variety of useful ones before going online.

“No two characters are the same, and each experience you have using a character will be unique. Take Vahala, for example, who sacrifices defense and stamina for dangerously high offense and speed. Or Yannis & Yasmin, who move around very slowly, but deal damage twice for every attack. Or Selesté, who relies on spells and potions to attack from a distance rather than close range. Or Dimentra, who can use close-range attacks from anywhere on the field thanks to her interdimensional portals.”
— Puddle in the October 2018 Button Direct.


There are twelve unique playable characters in Draco Duel. Puddle himself has stated that his main focus for the game's characters was for them to be all unique, in terms of design, personality and playstyle, all the while being balanced gameplay-wise. Half of these characters are available from the start, while the remaining six must be unlocked through gameplay.

= Indicates that the character must be unlocked.

Duels in Draco Duel are fought within stages called arenas. These arenas are usually stylized after a particular theme, such as the volcanic stage, Dragonbreak Falls, and the sky stage, Cumulonimbus Arena. Out of the twelve stages, in the game, eight are available from the beginning, which the remaining four must be unlocked through completing stages in Adventure Mode.

Some stages have stage hazards if you stray too far from the center of the arena. For example, Dragonbreak Falls has a moat of lava surrounding the battlefield that deals damage at an alarming rate to any player that falls in it. These stage hazards become more of a risk during Deathmatch, when the arena shrinks at the hazards close in on the players. While some characters have resistances to certain hazards, every hazard can eventually kill any character after about ten seconds of exposure. However, there are no hazards that will seek out players. This was originally concieved for the game, but later scrapped since it would make some stages less competitively viable than others.

Essences are collectable powers that can be applied to fighters to give them a new perk or ability, providing as a key aspect of gameplay in fights in Draco Duel. Before a fight, players can select an Essence for their character from a selection of all of the Essences they have collected so far. Only one Essence can be equipped on a character at any time, however it's possible to change the character's equipped Essence during half time. 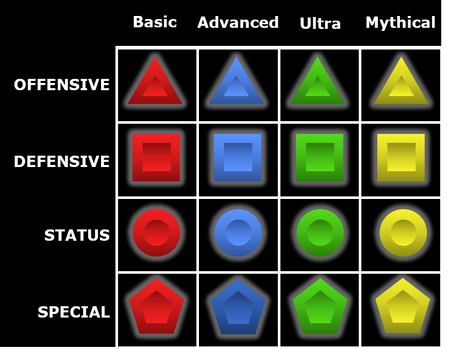 Essences are unlocked through various means. The player starts the game with ten Basic Essences, and it's possible for them to collect many more by:

Nine different status conditions are present in Draco Duel, each having a negative effect on the user when received from a foe's attack. However, some status conditions can be blocked or have their effects changed by Essences.

Draco Duel received generally positive reception. Critics praised elements such as the fluidity of gameplay, depth of combat and character concepts and designs. However, the game was not entirely well received by a general audience, who critised the game's lack of in-game content such as an adventure or mission mode, and many fans were disappointed not to receive any story-driven content despite the copious amount of world and character lore mentioned in the game.

Another major criticism with the game was its balancing issues and Button Studios's failure to fix these issues despite numerous patches. Only days after the game's release, fans quickly realised that Xsomnis was a very overpowered character who could defeat almost any other opponent with little effort thanks to the Nightmare debuff, which drained 8HP from the target per minute while reducing their attack and defence by 75%. Furthermore, Xsomnis's unique gimmick, which increased her damage output when on low health, made it very difficult to defeat her even after taking her down to very low health, as on 1HP, Xsomnis was able to deal staggering amounts of damage to any character with her Blue Flare Burst and Scythe of Souls attacks, even able to land one hit knockouts on some characters under optimal conditions. One week after the game's release, Xsomnis's perks were significantly nerfed, most notably with the Nightmare debuff only reducing attack and defence by 50% (as opposed to 75%). Additionally Xsmonis's overall damage output was reduced, albeit by not enough.

Retrieved from "https://fantendo.fandom.com/wiki/Draco_Duel?oldid=3198063"
Community content is available under CC-BY-SA unless otherwise noted.