Fantendo - Game Ideas & More
Register
Don't have an account?
Sign In
Advertisement
in: What is the New Fantendoverse?, Organizations, Groups,
and 2 more

View source
“The Inquisition has three goals: indoctrinate those who are willing to serve the Doomuli, conduct espionage on any possible enemies of the Doomuli, and most importantly, ensure that any important artifacts and resources are secured in the name of the Doomuli.”
— Doomulus Xyne 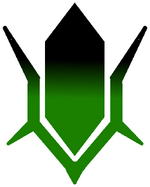 The Doomuli Inquisition or better known as just The Inquisition was a Doomuli subset group led by Doomulus Xyne. They were first mentioned in Hour of Reckoning: Part 2, although details remained relatively scarce on them until Beyond Spirituis, where Xyne dispatched them onto Vancouver, Canada to attack the main building of a company called KageCo., the company that facilitated the hero Volta and held alien technology. While the organization was led by Doomulus Xyne, it was overseen by Doomulus Thai. They appear to be primarily an infiltration group that deals mostly behind the scenes in Ghostverse material. They reappear as antagonists in Fantendo - Doomed.

The organization was weirdly more foreshadowed than actually shown in most of it's appearances. In Hour of Reckoning: Part 2, they were first introduced going into action, but in Ghostverse Stories they again were only alluded to, being teased at the end of every episode except the final one. In Vigilants, Xyne sends out a group of Konsai in an attempt to capture a Doomuli resistance member named Sutera. This ends up being the origin story of Doomulus Trine, a konsai that underwent the process of Doomulization. Despite this, the operation was a complete failure and Xyne refocuses onto magitech development.

With magitech research, it is teased at the end of Champions of Ascerth 2 that Xyne and the Doomuli Inquisition need to look into KageCo., who holds technology that is borderline necromancy, allowing for the transferal of souls into machines. In Beyond Spirituis, they proceed to do exactly that, managing to steal the technology with Doomuli soldiers. Fenrir of the Flame offers to aid them in testing the device with a unknown subject. What exactly was meant to follow up from this is unknown. In Ghost Story, it is revealed the test subject will be Citrine, a clone of Quartz.

The Doomuli Inquisition only has two known members, seemingly to consist of nameless Doomuli soldiers primarily. Interestingly, Doomulus Thai seems to have control over this group as an overseer but is not actually part of the group.