Donkey Kong Jr. is the main protagonist of the arcade game of the same name and the son of Cranky Kong, thus possibly being the present Donkey Kong's father.

When he was first introduced, he had to break his father out of the cage Mario locked him in. He later appeared in other games such as Super Mario Kart, Mario's Virtual Tennis, and Mario Tennis 64, which was his final physical appearance in a game.

After years of only cameos in games such as Super Smash Bros. Ultimate, Donkey Kong Jr. made his return to the Mario series in Mario Kart Tour via a SNES variant alongside SNES Mario.

Donkey Kong Jr. is a playable character in Mario Kart: Double Dash!! 3. His partner is Pauline.

Donkey Kong Jr. is an unlockable playable character in Mario Super Sluggers HD, a remake of the original game. He has 8 palette swaps.

Donkey Kong Jr. is a playable driver in Mario Kart for the arcade. He has not appeared in a racing game since Super Mario Kart. He has 8 palette swaps. 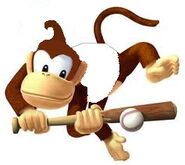 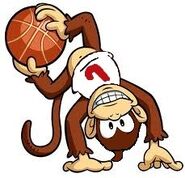 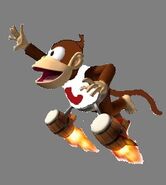 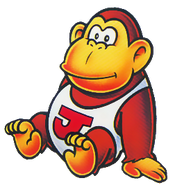 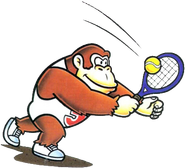 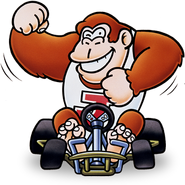 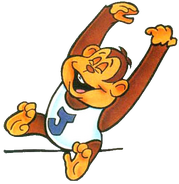 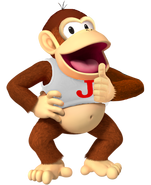 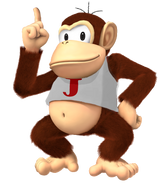 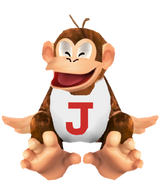 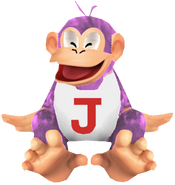 A render of Donkey Kong Jr II made by User:Computerboy64 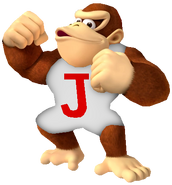 An adult DK Jr. made by User:Computerboy64
Community content is available under CC-BY-SA unless otherwise noted.
Advertisement