Start a Wiki
Donald Duck, or Donald for short, is one of Mickey Mouse's and Sora's closest friends. He usually has a short temper and tends to go beserk when angered. He can be easily annoyed by Goofy's easy-going attitude. He is also a magician.

Donald is an anthropomorphic duck with white plumage, a yellow-orange bill, legs of the same color, light blue eyes, and a short tuft of feathers on his head, visible under his hat. His outfit is a modified version of his original blue sailor's suit (in fact, he wears his original clothes in the opening of Kingdom Hearts: Chain of Memories). His blue hat, which resembles a beret, has a belt in place of a normal brim, and sports a zipper that spans the length of the hat. His high-collared jacket is navy blue with sky blue lining and cuffs. There are three pouches, all of which are blue with yellow lining, along the middle of the jacket; the center pouch is secured by a flap, while the other two use silver zippers.

The middle pouch is framed by two other silver zippers that span the entire length of the jacket, from the top of the collar to the bottom. He has a short, blue cape with yellow lining that he wears draped over his shoulders, kept in place by a silver strap. Donald also wears a thick, gold bangle on each of his wrists, and, like his cartoon version, he does not wear pants.

In Kingdom Hearts Birth by Sleep, Donald is seen in a much different outfit during his tutelage under Yen Sid. Donald's hat in now much taller and resembles a stereotypical witch's hat, as well as the hat on his Mage's Staff. It is dark blue, has a wide brim with gold lining, and the tip curls in a very angular fashion. His navy jacket is now much longer and has a blue addition to the bottom that covers the lower half of his body. The sleeves are long and resemble those of a sweater, sporting vertical creases. The jacket now has two large, yellow buttons down the front, a gold-lined pattern of ovals, rather resembling Mickey Mouse's ears, on the lower half, and a blue belt tie around the waist.

Donald also wears a shorter, light blue coat over his jacket, this one with more bell-like sleeves, gold lining and cuffs, a turtleneck-esque collar, and the two silver, vertical zippers present in his jacket in Kingdom Hearts and Kingdom Hearts II. Donald's webbed feet are also slightly different in this appearance, as the toes are less distinguished.

Donald is the most aggressive of the group. Though he has mastered spells, Donald is very reckless and is the comic relief in many games. Initially, he and Sora often argued, but in the end grow into a deep friendship. Donald is also very protective over Goofy and King Mickey as he is the most worried in Castle Oblivion when he fears he will forget about Mickey and when he thinks Goofy is dead, he flies into a rage and destroys many Heartless. All in all, deep within Donald's short-tempered and impatient nature he is actually goodhearted, as he would sacrifice anything for the sake of friendship. This is proven twice in the games: when he initially leaves Sora to follow Riku after he obtained the Keyblade, he instead eventually chooses to return to his side; also when the King orders him and Goofy to take Sora from Hollow Bastion to look for Kairi and Riku, he chooses to against his orders to help Leon and the others protect Hollow Bastion. He also seems to be afraid of Daisy as shown at Disney Castle when she yells at him for missing their date.

He also has somewhat of a greedy side, as commented when Sora and Goofy expressed worries that Donald would lose himself to the curse of the Aztec gold in Port Royal; or when Abu stole a sparkling ruby and Donald became infatuated with it. 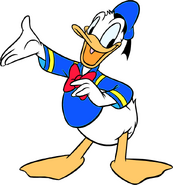 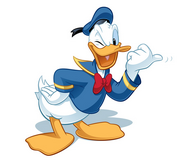 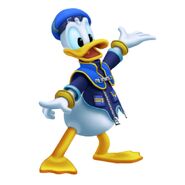 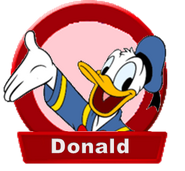 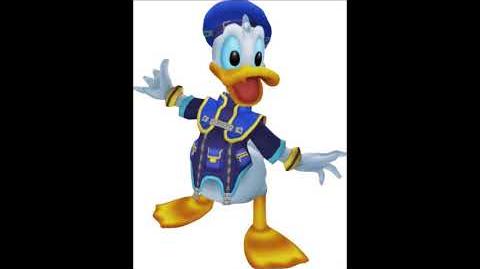 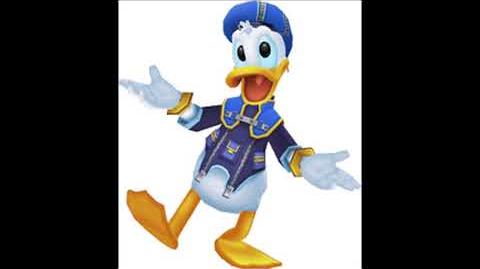 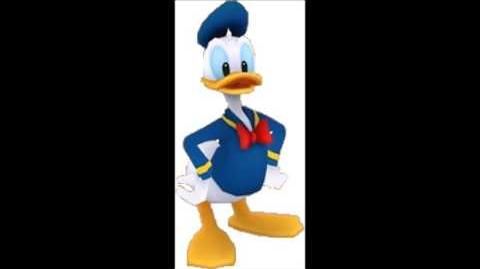 Retrieved from "https://fantendo.fandom.com/wiki/Donald_Duck?oldid=3062612"
Community content is available under CC-BY-SA unless otherwise noted.