Start a Wiki
“It’s magic that brought us together. And that magic is called hope.”
— Detective Pikachu

In the game of the same name, Detective Pikachu is voiced by Tōru Ōkawa in the Japanese version and Kaiji Tang in its English dub. Ryan Reynolds also voices the character in the Detective Pikachu film adaption.

Detective Pikachu's appearance is, first and foremost, near identical to that of other Pikachu. He is a small yellow mouse-like creature with red cheeks, long black-tipped ears, and a tail that is bent into a zig-zag shape. To differentiate him from other members of his species, Detective Pikachu wears a brown deerstalker cap, a reference to the legendary fictional detective Sherlock Holmes, and can often be seen carrying a magnifying glass. Promotional material has also depicted him wearing a brown inverness cape, another reference to Sherlock Holmes, and a green bow tie.

Detective Pikachu is a somewhat bossy and commanding Pikachu who tends to make solving puzzles his first priority. He does, however, see himself as a womanizer and is easily infatuated with human women, and thus this quality will often distract him from his business and serves as one of the few things able to take him away from solving mysteries. Another such weakness is his love of coffee and tea, and has been known to converse with the Ludicolo waitress of the Hi-Hat Café about such beverages. 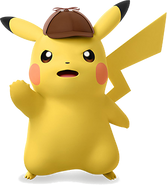 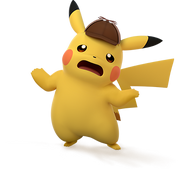 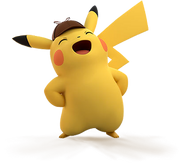 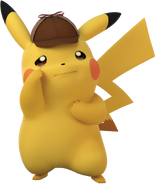 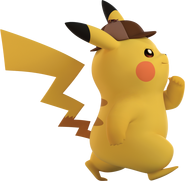 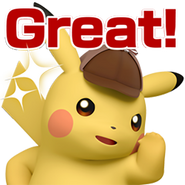 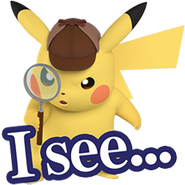 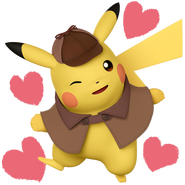 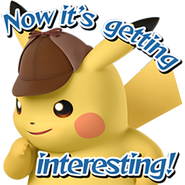 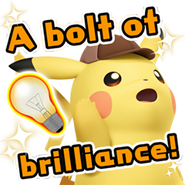 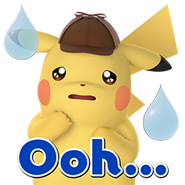 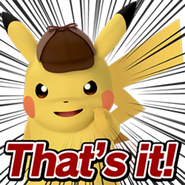 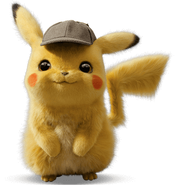 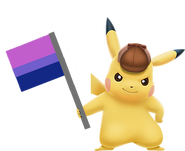 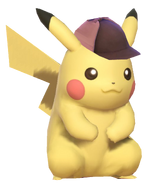 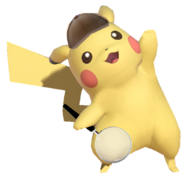 Retrieved from "https://fantendo.fandom.com/wiki/Detective_Pikachu?oldid=3200909"
Community content is available under CC-BY-SA unless otherwise noted.