On August 27, 2016, Lone Planet Productions purchased the rights to the game and its sequel.

An island called Florisbelli, there was a family with the surname of Mayden. And that family was the most powerful weapon of an entire world. This secret has been revealed by Mayden family, the family showed this powerful weapon, which seemed only a sword. But it was a sword with cosmic powers of a supernova, the sword glowed per century. Only there was a problem, the islanders sucked one of cosmic powders and then began to feel very, very badly. People disintegrated into cosmic powders and the island became uninhabited. Then the sword was hidden by Mayden family. Only one day, the sword was stolen by a secret villain to world domination. Someone says is the oppose of a angel, and someone says is the devil itself. The villain has wrote a letter to the Mayden family. The letter was written in Maori, and said: Tana patu kaha, naku. Ka maka e ahau ki roto ki wāhi, me te hanga i te supernova ao. Meinga he pakaru gamma hihi, e whakangaro i te whenua. No one understand. Then they need to figure out what that letter said before the cosmic dust spreading across the world and exterminate the human race. 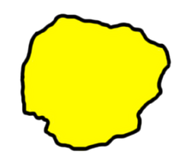 Map of Florisbelli.
Add a photo to this gallery
Retrieved from "https://fantendo.fandom.com/wiki/Darklight?oldid=3011983"
Community content is available under CC-BY-SA unless otherwise noted.