The Dark Fungi series is a series following a teenage Goru, Gorge, and his adventures in Eate. It's first game, Dark Fungi, was released on April 3rd, 2010 by Outer Limits Co..

The series was rebooted in June of 2011, and the first game in the new timeline, also entitled Dark Fungi, will be released June 28th, 2011. 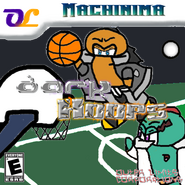 Dark Hoops
Add a photo to this gallery
Retrieved from "https://fantendo.fandom.com/wiki/Dark_Fungi_(series)?oldid=2033268"
Community content is available under CC-BY-SA unless otherwise noted.