Dangerous Wilds is an MMOARPG (massively-multiplayer online action RPG) which is one of Lunatic Entertainment's master crossover projects. It consists of species from all sources of media—primarily video games, mythology, books and movies—but also those found in real life. This leaves Dangerous Wilds as having the biggest bestiary in gaming history, consisting of, at current estimate, over a million species. However, (most) robotic species are not included amongst the bestiary, but are expected to be released as an upcoming expansion set.

Though intended for massively multiplayer usage, single player is also available, as is team play. Team Play (known as Band of Heroes) opens up a private or public server that others may join, and unlike the other two modes allows tracking of other players (if toggled) so that they can find each other easier to team up and take on the world. These servers are then saved for later use at a user's decision; should one of the players choose not to save the server to continue play with the others, that space will be shown as available and can be opened to the public to allow a new player to come in and join. For every player who permanently quits the Team Play game, a grave will be placed with their name in their respective species' graveyard.

The world is a place of magic and monsters. Many species have reached sapience across the globe and now vie for control, yet this is greatly hindered by the massive amount of dangerous entities existing just beyond the town gates. Although many species wish to eradicate the others and establish dominance, it is the general consensus that to do so one must make the world safe from monsters first and foremost. As such, as a rite of passage amongst the species, youth are sent into the Dangerous Wilds to make the realm a more habitable place.

Dangerous Wilds is also unique in that the bestiary is set up and categorized by evolutionary lineage, showing the relationships between both monsters and true species. Aliens, not understood to be aliens within the Dangerous Wilds fantasy-based universe, are also included in this lineage list, even though it is technically incorrect. A user has the option to switch between "Layman's" and "Scholar's" mode for the bestiary, which switches between regular terminology for species (example: animals, reptiles, lizards, gecko), known as Layman's Mode, or to the scientific taxonomy used for the species (example: animalia, squamata, lacertilia, gekkota). New taxonomy is created for monsters.

Unique to a video game, perusing newly added entries increases the character's Intellect stat by 0.1 (Layman's) or 0.2 (Scholar's). Every ten new entries opens an option to be quizzed upon the taxonomy of various species, with questions chosen randomly between added species. Successfully answering each correctly adds an extra 0.3 points to one's Intellect, while finishing the entire quiz successfully adds a bonus 0.5 points to Intellect as well.

The Noctus Bloom, first introduced in Monster Space, is a migration of floating, bioluminescent creatures into the world during the dark hours of the night to feed upon straying adventurers and wildlife. While it operates the same as it did in the previous game, it is significantly downplayed in this spinoff-sequel simply due to the massive influx of new nocturnal life from various forms of media which will also be infesting the night.

Due to the massive level of the game—a virtual world roughly the size as Earth itself—there is no level cap, as a player can continue to level by squashing down each 100 levels and returning to level 1, though with the stats that they had originally possessed. "Compressed" heroes are incapable of ganking players in other allegiances except if those younger players purposefully flag themselves. Killing players significantly lower in level than oneself usually grants a player dishonor amongst their own people, though this is not so in races where this sort of behavior would normally come to be expected. Player Versus Player battlefields exist, and are set up to segregate players by total item level on their equipped items and those in their inventory; this allows a user to still switch items before combat begins if not ready for combat yet restricts the potential for "twinks" to ruin the experience for non-twinks, a severe problem seen in World of Warcraft. Because of balancing issues between various species in battlefields and the number of players choosing one side or another, bonus stats or conditions are given to races whose sides have not won a battlefield for some time (roughly a week). As the time goes on these bonus stats continue to increase over time until they successfully win a battle, at which time the bonus stats reset. These bonus stats are not transferrable to the regular world upon exiting a battlefield.

The game is segmented into biomes, which determine what types of enemies and other challenges one might face. Below is a list of current biomes known to appear in the game.

Currently, characters that appear only in Dangerous Wilds (ie, are not original creations of Somarinoa) are rarely worked on in sprite form. For this reason, a single gallery will currently work to showcase any and all media-based enemy sprites in the game. 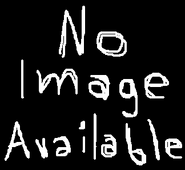 Six
(Little Nightmares)
Add a photo to this gallery

Currently, creatures that appear only in Dangerous Wilds (ie, are not original creations of Somarinoa) are rarely worked on in sprite form. For this reason, a single gallery will currently work to showcase any and all media-based enemy sprites in the game. Once this collection grows much larger, the various bestiary galleries will make more sense to create pages for.

Slenderman
(Creepypasta)
Add a photo to this gallery
Retrieved from "https://fantendo.fandom.com/wiki/Dangerous_Wilds?oldid=2901529"
Community content is available under CC-BY-SA unless otherwise noted.