Cosmic Road Trip is a 3D open world action game following variations of Trip from alternate universes. Developed by sunset☀studios for the Horizon, Cosmic Road Trip is their first delve into the New Fantendoverse. The game itself is of a small scale in-universe, and is mostly based on building lore on Alternate Fantendoverses, as well as the "character" of Trip. The game recieves regular updates with new Trips, alternate costumes, and other features.

Over the years, many different takes on the character Trip have been introduced. It was long established that these Trips existed as parallel versions of each other, and that nobody is really sure what Trip is, or isn't.

The premise for the game centers around one Trip, known ingame as Legacy Trip. Legacy Trip is a Trip from a universe where the Earth was deemed uninhabitable, and mankind lives on a large spaceship, in which magic and science coexist. Trip was a soldier-in-training on this ship, dubbed Station V. He discovered he is part of a lineage of great heroes with the ability to tap into a pocket dimension known as the T-Verse. Legacy Trip struggled with trying to fulfill this role for a long time, before deciding the pressure was too much for him. In an act of impulse, he stole a pod from Station V and fled to the cold expanse of space. Eventually, he stumbled upon the power to use the T-Verse as a gateway between dimensions. Legacy Trip found himself in the New Fantendoverse, and soon learned of his true heritage as one of hundreds of Trips scattered throughout the multiverse. Eventually, this Trip found a run-down spaceship and repaired it, choosing to travel the Fantendoverse to track down his fellow Trips, and scavenge for supplies in the worlds they visit.

Cosmic Road Trip does not have much of an overlapping story. However, each world has an objective to reach, and a way of achieving it, as well as several sidequests.

Cosmic Road Trip is a 3D action-platformer with various open world maps to explore, much like Super Mario Odyssey. If the player's Horizon is hooked up to a TV, a map will be displayed on the controller's screen, and in handheld mode, the map will be displayed in the pause menu. This map allows the player to mark areas of interest, and will be filled out as the player explores the area.

Combat in Cosmic Road Trip finds a middle ground between the horde combat of Fire Emblem Warriors and the mostly one-on-one combat in The Legend of Zelda: Breath of the Wild. Each character fights in their own unique way, so find a playstyle you like best. Each Trip possess a unique personal skill, which varies between characters, as well as a Mastery. Masteries are much more useful than most skills, though there are very few of them. Characters can equip Rings to give them special enchantments.

The Nexus Nebula is the main hub, where your Trips will relax between outings. A variety of things happen here, such as bonds being strengthened, shops being encountered, stamina being restored, items being discovered, and more.

When in the Nexus Nebula, you have the option to spend coins on opening a Portal Beacon, similar to summoning in Fire Emblem Heroes. This will cause a portal to open somewhere in the universe, bringing a Trip to join your ranks. Since infinite universes exist, it's possible that you will summon a version of Trip that you have already recruited. This isn't entirely bad, though, as oftentimes duplicates will carry exclusive weapons or rings, and have a high chance of wearing an alternate costume.

It should be noted that this only applies for more generic Trips. Certain Trips have unique appearance rates.

When you have two Trips of the same kind, you have the option to merge their timelines. Doing this will smash their timelines together, which shouldn't be much of a problem considering they're the same person, essentially. The two Trips will become one and the same, freeing up a spot in your roster and distributing any bonuses any of them may have.

However, Timeline Merges will likely create Aberrations, if the Trip has a corresponding world. More often than not, these will be very minor changes, such as an NPC's dialogue being altered, a few new trees being planted, or a statue being destroyed. Sometimes, these Aberrations could be drastic. One of the merged Trips may come from a timeline with drastic changes, though this can be identified by them having a different greeting phrase.

By levelling up a Trip, their stats will gradually increase. Levelling up your party members can be done in a variety of ways. The most common method of levelling up is by gaining experience by defeating enemies. However, you require more experience to level up when you are of a higher level, so while this may be helpful when you are of a lower level, you may want to rely on alternative methods later on in the game.

If you have multiple versions of the Trip you wish to level up, it's wise to perform a Timeline Merge. The result of the merged Trips will have a level equal to the sum of the component's levels (i.e. a level 13 Trip and a level 4 Trip will create a level 17 Trip). In addition, a merged Trip will gain any bonuses either Trip may have. However, it is advised to level up both Trips first, as it is much easier to gain levels with a spang-new Trip.

Finally, if you wish to boost your Trip's rank, you can use an Erringear on them. Originating from Fantendo Smash Bros. Victory, these gears are hard to obtain, but can be bought for a high price. By using an Erringear on a Trip, their star ranking will go up by 1, increasing their stats, and they will level up by 2 levels.

These Trips have a chance of appearing in the Nexus Nebula launchpad and can be recruited from there.

These Trips have a chance of appearing in the Nexus Nebula launchpad and can be recruited from there. However, these Trips are only available as long as the event lasts. They tend to be more powerful than your average Trip.

The Summer Festival, also known as the End of Summer Splash is an event held near the end of summer of 2017. It featured Trips in beach attire, likely inspired by events from the Fire Emblem games. This event includes 2 summer Trips, including one entirely new Trip.

These skills are exclusive to each Trip.

Each Trip has one of the following Masteries. Jerry, not being a Trip, has none.

While most events allow you to summon exclusive Trips to recruit, Spotlight Events increase the chances of certain Trips appearing.

The Victor's Ballot is a regularly occurring event in Cosmic Road Trip, where a set of Trips will be pitted against each other. Players will vote for their favourite Trip out of the set by using them in a challenge where you take on the other Trips one by one. The winning Trip recieves a special alternate version, which is distributed to everybody who voted for them.

The first Victory Gauntlet is rumoured to be held very soon.

The Victory Devotees are a mischevious group bent on causing destruction throughout the universe. They disguise themselves as iconic Fantendoverse characters in order to give them a bad name. Rumour has it that they met at a support group after losing loved ones in battles fought by these so-called "heroes". They recognise that Trip is a staple in the Fantendoverse, what with there being so many different versions of them, and have made the Trips their enemy.

These worlds are unlocked once an event is held, and will stay unlocked.

In the Arena, you can take part in various minigames in an attempt to earn prizes, including rare Trips and Erringears.

Trip of the Hill

The Nexus Nebula is a large spaceship wherein the Trips live, and rest between excursions. While using the various functions available within the Nexus Nebula, various interactions may occur between Trips that may affect missions.

As you use the various facilities within the vast Nexus Nebula, your Trips may interact with each other, or have problems of their own. These events may have effects on missions, such as causing a pair of Trips to have boosted attacks around one another, or a Trip being slower than usual. It's important to check the status of your Trips before heading out on an excursion.

Interactions have the chance to increase or decrease chemistry. Chemistry is an important factor when planning a team, as good chemistry will cause increased stats when around each other, and bad chemistry will lower their stats. 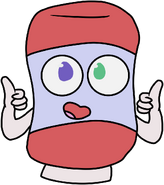 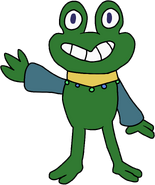