“Break out of your comfort zone.”
— Comfort Zone

Comfort Zone is a 2018 role-playing video game released by Checkmate for the Nintendo Switch and The V². The premise of the story focuses on two unlikely heroes from the newly explored 'Yaeciran' planet in the Bleakverse, Aliss and her ex-boyfriend Aras.

The story of Comfort Zone focuses on two unlikely heroes - Aliss and Aras - who whilst still struggling with their intense breakup, have to evade destruction by an unknown organisation trying to hunt and destroy them. The Yaeciran planet has been in turmoil since the overpopulation of factories has caused pollution to affect the levels of pure oxygen in the air, which in turn, creates a cloud of polluted smoke covering the entire continent. However, more seems to be hidden by the shroud of clouds than what meets the eye, creating the purpose behind their journey, well, and to satisfy Aliss' blood lust.

The game follows the Kirby formula of exploration/fighting. Throughout the level, you need to travel from the left to the right of the screen, while defeating any enemies in your path, trying to sustain as little damage as possible. At the end of the level, you must defeat a boss through using your powers and abilities.

While doing this, there are many other things you can do. You can find equipment to help boost your karmas, find coins to help you purchase ability upgrades and other character-specific benefits, or just explore and find hidden mysterious and easter eggs within the levels. A standard level can take up to 20 minutes to complete, making the level's very expansive and large, perfect for the player who wants to discover every nook and cranny in the environment they are traversing.

Another gameplay mechanic is the Beastpedia, which is a book that contains information on all of the enemies in the game. When you defeat an enemy, your knowledge of them increases and more information will become available on them through the Beastpedia. This also has an effect on their health; they will become easier to defeat with less health due to your understanding of the enemy, making it easier to grind in previous levels to gain more money, experience or equipment if needed.

Characters also have a levelling system, where their overall stats become increased when they have fulfilled the experience requirement (similar to how levelling up Pokemon works). Every character also has a star system attached to them, which is levelled up through an item called 'Star Crests' which you earn periodically during the game for completing side missions and the like. When a character's star increases, they receive a dramatic increase to their stats - approximately 5x the increase from levelling up.

During the game, characters will under-go different emotional states which will affect them in battle. This will change periodically depending on what happens to the character in the story, or in the battle. For example, if they are hit with a critical attack they will be tired, and slower when it comes to attacking. Some Emotions have more positive effects, while some are negative effects.

Every character in Comfort Zone has unique abilities to aid them in combat, based around their personality and behaviour. Every character unlocks up to six abilities which can be inter-changed by the player at any given time outside of a direct battle. Some abilities will be locked to specific characters, and some will be able to be customized among your party members.

Another big mechanic in the game is the Cards of Fate. Based off of Tarot Cards, Cards of Fate will offer insight into characters and how they develop over the course of the game, but they also add benefits to the characters' abilities. When you collect a Card of Fate through winning battles, you can apply them to your desired character, which will change their ending scene and their fate, but it will also manipulate their abilities to make them more powerful or more effective for the type of foe you are battling. 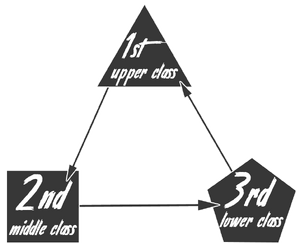 The Social Class system also applies into the game as a sort of 'type effectiveness' triangle. Every character in the game will have a pre-determined social class assigned to them (however, it may change over the course of the game depending on several factors like the cards of fate), which either increases or decreases their effectiveness against enemies.

Retrieved from "https://fantendo.fandom.com/wiki/Comfort_Zone?oldid=3012356"
Community content is available under CC-BY-SA unless otherwise noted.