Sid Meier's Civilization VII (often referred to as Civilization VII or simply Civ7) is a 4X Strategy video game and the seventh main series installment in the Civilization series. The game was developed by Studio Lillie (t∣b∣c) and released on Microsoft Windows, OS X, Nintendo DSGo, and Linux on May 29th, 2021.

In Civilization VII, the player leads their chosen civilization from the dawn of agriculture through to the far future, hoping to achieve one of many victory conditions. The player must carefully handle many different variables and react to changing conditions, managing research, diplomacy, exploration, expansion, development, and conquest. The game is heavily based upon Civilization VI, retaining many of its changes, while also adding new features, such as new Tribe and Plague systems, a revamp of the combat system, and the return of some previously removed systems like the World Congress.

The table below lists all of the

Governments as well as their

Resources are a big focus in Civilization VII to a higher degree than ever before. Obtaining and processing Resources is now a large key to maintaining a large and powerful empire. This fuels expansion and rewards those who colonize and conquer, or those who bargain and buy. 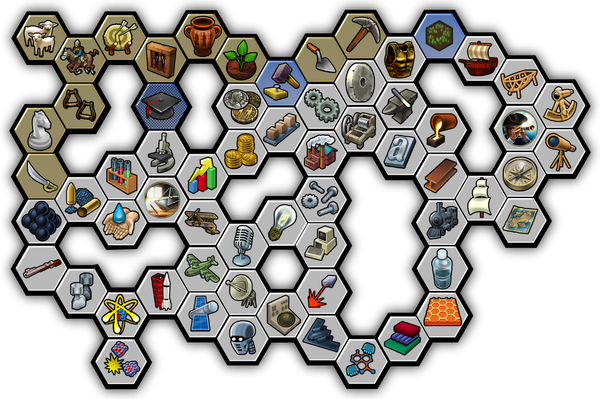 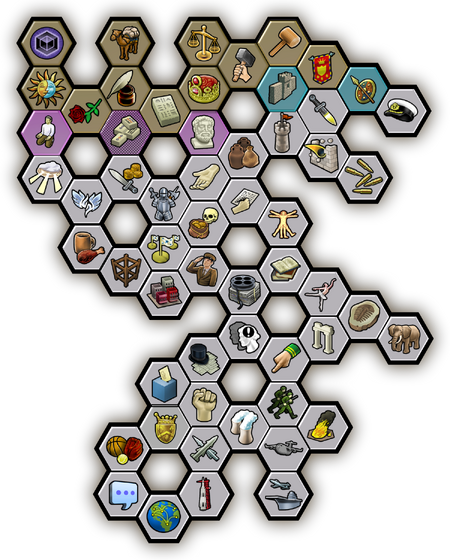 Every City-State falls into one of 6 types, which provide different bonuses based on the amount of Envoys sent to the City-State. These bonuses stack, and all three of them plus the Suzerain bonus can be in effect at the same time for the same City-State.

to the City and can be Traded or turned into Products.

Every Tile in the game has a certain Terrain on it, affected the starting Yield output and other factors. It can also have Terrain Features, which tend to hinder movement and have other effects.

Just like in Civilization VI, Civilizations are able to build powerful constructions on Tiles under their control. These Wonders can only be built once in a game, and give strong bonuses. They also have high costs, cannot be bought, and take a long time to build. As such, Civilizations must be careful about what Wonders they choose to pursue.

This page was written by .lennongrad (t∣b∣c). Feel free to copy any code used on this article or the templates within; no permission needed! And make sure to have a good day :)
Community content is available under CC-BY-SA unless otherwise noted.
Advertisement