Child of Stars is a 2D platforming role-playing video game developed by Amuza and published by Ubisoft. The main character, Aurora, is reborn into Lemuria as she cannot transcend to the afterlife due to part of her soul not having fulfilled its purpose. Her unfulfilled soul manifests itself as Eos, and Aurora has to defeat and reconnect with Eos to be able to transcend.

The game is slated for release in 2017 and will be released on, Nintendo Switch, Wii U, Playstation 4, Xbox One as well as computer systems such as Microsoft Windows, Apple OS X and Linux through the Steam store.

It is a sequel to the 2014 game, Child of Light, and is a continuation of the original story, set 10 years later. At the end of the first game, Aurora became the Queen of West Lemuria and saved the people from her hometown in Austria from the Great Flood by bringing them into Lemuria. Much like the original, the game is powered by the UbiArt Framework.

The game introduced new mechanics to the series such as the Anytime Attack, as well as integrating a much more interactive world with mini-games and more areas to explore.

Child, tuck yourself in bed.
And let me tell you a story of Lemuria thriving instead.

Now Austria was saved Lemuria thrived, and tales of Aurora’s journey never fazed.
Yet Aurora grew up in her castle, bringing joy to the west.
She always felt like she never experienced what was blessed.

Her mother, father and family all gone.
She felt like nothing was left, her end had been drawn.
Her body had gone all cold, the land called it a black swan.

Yet not too far away a child was born.
Falling out of the stars, where Aurora’s heart had been sworn.

The legends foretold of this unruly night.
For Aurora was not the only child whom went through that same plight.

Aurora fell from the stars to the altar once more.
This time her body a child, again at the core.
Soon she will awaken and open that door
And find yet another journey for her to explore.

The following is the list of objectives that appear throughout the game, that make up the story and the activities that Aurora has to do to complete the story and her journey across Greater Lemuria.

The gameplay of Child of Stars plays fairly identical to it's predecessor, in which the player will traverse a 2D world in a similar vein to a platforming side-scroller, in addition to encountering enemies and fighting them in a turn-based seperate gameplay style, in a similar vein to role-playing games such as the Final Fantasy series.

Whilst traversing the overworld, the player is free to explore through the land of Greater Lemuria. Here they can visit towns which are populated by NPC's who can give the player side-missions, markets where goods can be bought or sold, or visit many other specialty locations which each serve their own unique purpose. While out exploring in mostly unpopulated areas, the player can traverse locations and interact with the environment to solve puzzles, complete platforming and fight enemies.

The game has a levelling up system and a large upgrade tree for each character. When a character levels up after getting enough experience points, they will earn a skill point which they can use to unlock an upgrade on the upgrade tree.

There are nine different stats for each character in battle. After each battle, the character fighting will be given experience points that can level up a character when they have enough points. Levelling up will raise the stats of a character.

Another new feature to combat is the Anytime Attack. This allows the player to pause the timeline and choose an attack even if they are in the waiting period. When an Anytime Attack is enabled, the character will have to wait until the end of the second cast period. If the character makes it to the end of the second cast period, they will deal a more devastating blow to the enemy than they normally would. The earlier an Anytime Attack is engaged, the more powerful it will be. However, if a character is interrupted during an Anytime Attack it will be cancelled. They will also be sent to the start of the timeline and be dealt with more damage than usual.

*Note: Each attack also has a alternate (All) version, that hits every enemy. Does not apply to the basic melee attack.

As well as their designated enemies, the Core of Agartha features mutated forms of every enemy in the game that originated outside of this location. The Valley of the Unknown contains no enemies for the player to fight against. 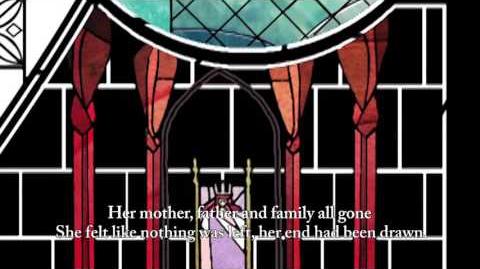 The mural from the opening sequence of the game

Retrieved from "https://fantendo.fandom.com/wiki/Child_of_Stars?oldid=2526153"
Community content is available under CC-BY-SA unless otherwise noted.