Chaos is a god-like monster that hunts Chaos Emeralds made entirely of water and organs. He is one of the many enemies in the Sonic the Hedgehog series. He transforms to a different shape every time he gets an Emerald. He was first introduced in Sonic Adventure and later returned in Sonic Speedball RPG II: The Coming of Chaos! where Chaos was the main villain.

Chaos was once an ordinary Chao, playing in the pool with the others until he absorbed the positive energy from the seven coloured gems around him, he then changed into this liquid creature, Chaos isn't actually evil, he was only very angry with the chief of the Echidna tribe for killing his fellow chao and trying to use the gems for evil, naturaly he used the gems to become a huge liquid creature called Perfect Chaos, he destroyed their entire tribe, eventually a young echidna named Tikal used a spell given to her by her grandmother to seal Chaos and herself inside the Master Emerald for all eternity, that is until Dr. Eggman released them, since then the seven gems where called Chaos Emeralds, named after Chaos Zero, there first user.

Chaos appears as the main villain in Sonic Speedball RPG II: The Coming of Chaos! after he collected all seven Chaos Emeralds.

Chaos is the joint primary antagonist, along with the gizoid Emerl, in the form Chaos Emerl, a project by Eggman Nega.

Chaos appears as a playable character in Sonic R: Second Run. It is not known if he is a hero or villain, but he is seen racing with Knuckles in Angel Island. 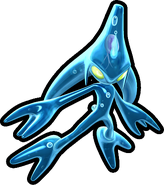 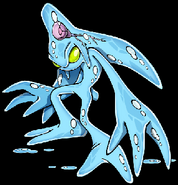 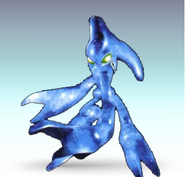 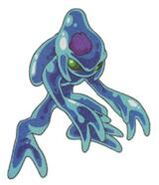