A lot of the characters from the past installment will return, along with several new ones. Some newcomers are third-party characters from DC Comics, Looney Tunes, and the Star Wars franchise.

When a union of three dark enemies begins to terrorize the Tooniverse, the Legacy Squad must reunite to put a stop to their scheme. Along the way, they'll encounter wacky animals, fantastic superheroes, and devastating monsters... plus some unexpected friends.

Megaxi G. Exal, Jr. has stated that the plot will revolve around a new team of Thrownaways, led by a humanized Bullet, (who was once a superpowered squirrel who fought alongside the Powerpuff Girls) and two "alternate future" worlds -- one led by Dexter and Blossom, and another ruled by an evil variation of Peridot.

The game will feature several brand-new characters, some of which include:

Millenium uses a few elements from Powerpuff Girls 2016 (such as a few characters and the girls' new holographic weapons seen in "Power-Up Puff"), but the continuity remains the same as in the original 1998 version, in order to provide a simple continuation from Legacy.

We will also see the appearances of characters from a wide variety of CN franchises, even going as far as short-lived shows, failed pilots, online exclusives, and non-television media (such as comic books and video games). Sym-Bionic Titan, The Secret Saturdays, Back to Backspace, and Mighty Magiswords have all been confirmed to be represented in the game.

Like its predecessor, CN Millennium will have a two-part story.

The first story mode is named Union of Empires.

The Switch, V2, and Knuckleduster versions of the game have amiibo functionality. When the player scans an amiibo figure or card on the NFC scanner, a costume can be unlocked for a certain character. 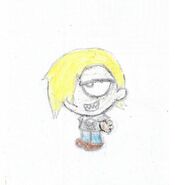 Concept art of Marcus. This art was drawn by Begonia123, a close friend of one of the directors on DeviantArt. 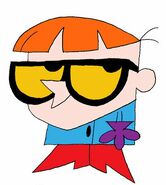 Kelsie O'Fallon. The outfit was designed by a well-known Fantendo user, Exotoro (t∣b∣c).
Add a photo to this gallery

Retrieved from "https://fantendo.fandom.com/wiki/Cartoon_Network:_Millennium?oldid=3173514"
Community content is available under CC-BY-SA unless otherwise noted.