Cardinal is a playable character and the central character of Subjugation. He is a prisoner of Guillotine End Institution, and a participant in the prison's Battle System. He was the first Superhuman whose powers were discovered, and the reason for the prison's construction.

A large majority of Cardinal's features are hidden beneath either his cloak or his hair; with these being his most prominent recognizable traits. Cardinal has dull white hair that reaches far down past his shoulders, almost reaching his elbows. Cardinal's left eye is always covered by his hair, and he states that he is unable to see out of it, and thus keeps it hidden to forget about it. His right eye is of a dull grey colour. He also has a tattoo of the Aries sign (♈) on his left hand.

One of Cardinal's more unique and remarkable traits is the large scar that cuts through his face. This scar always glows a faint red colour, observed by Yaroslav, GEI's resident doctor, as radiating his aura. He has a small nose that is disfigured from the incident that gave him such a scar. Cardinal tends to hide his mouth beneath the neck of his robe, though he has noted that one of his front teeth is artificial.

In Fantendo Smash Bros. Victory, Cardinal wears a new outfit that retains several elements of his Subjugation design. While his hair is still long and white, he now wears some of it up in a ponytail held up by a metallic red band. He also now wears a blood red mask that covers the bottom half of his face.

Cardinal wears a black jumpsuit with a black chestplate covering most of his torso. This chestplate has red trim, and the top of it leads into a red metallic semi-circular plate that circles around him and leads into shoulderplates. These shoulderplates are covered by a tattered red cape that he also hides his left arm under.

On both of his hands, he wears red gloves, and his right hand features the Aries symbol (♈) in gold. He has yellow circular pads on his knees, with pale yellow lines that cross from his torso, through these pads, and down towards his ankles, which are wrapped in black bandages and feature red X-designs. These bandages lead into small black shoes.

Cardinal's physical features - his eye colours, the fact that his left eye is covered by his hair, and his X-shaped scar - remain unchanged. Though his tattoo can not be seen on his left hand, it's likely he does still have it in Victory.

Cardinal's "Distorted Angel" design comes from the idea that, instead of becoming weary of himself, Cardinal embraced his powers and became a supervillain bent on conquering the Earth. This alternate design utilizes a darker colour scheme to reflect that.

While Cardinal still has long, unkept, hair, its major difference is that his bangs cover more of his face, and hides his right eye instead of his left. Another similarity the Distorted Angel design shares with his normal design is that the lower half of Cardinal's face remains covered by a large red collar.

Unlike his normal design, the Distorted Angel Cardinal wears a long-sleeved red shirt which can be seen underneath a long black jacket that he keeps mostly unbuttoned. He wears dark blue pants and a brown belt, his belt featuring a large belt buckle modelled after a compass. Cardinal wears dull brown shoes with a design similar to those worn by his normal counterpart, as well as spiked black bracelets on his wrists.

Perhaps the largest differences in his Distorted Angel design is the lack of his Aries tattoo on his hand, and the presence of two large blood-red wings that sprout from his back. His lack of tattoo on his hand is replaced by a much larger one on his back. It is unknown how he sprouted wings or moved his tattoo, though with his powers, its possible that his change in ideology simply caused his body to take on a much more "villainous" form.

Very little is known about Cardinal's past, as he refuses to tell anyone without good reason.

In the past, he unintentionally killed his parents and it is thought that this is what led GEI to be built and him to be sentenced. He was the first prisoner in the prison, and remained the sole prisoner for two years until Liz' powers were discovered; though the two of them never spoke more than a few words to each other. It is thought by most of the prisoners that Cardinal was the one who injured Liz, blinding her in one eye and disabling the use of her left arm, though it has not been confirmed by either of them nor the staff.

Cardinal is a very distant man, who rarely speaks. Very few people are able to converse with Cardinal, though many don't wish to try as they are afraid of his powers. As he rarely speaks, it is hard for most to get a true sense of Cardinal's personality, though as he is very cooperative with the demands made by The Overseer, Yaroslav, and Vier Wasserspeier, it can be assumed that he respects (or fears) those in a superior role to him.

Cardinal cares very much for his little sister, and is worried that he may have killed her just as he did their parents. He states that he would do anything to see her again, which is how Yaroslav and The Overseer managed to guarantee his fighting in the Battle System.

Though he is stated to be very powerful with a variety of different abilities, Cardinal does not take them for granted and seems to be afraid of using them. According to Yaroslav, Cardinal's powers make him more deadly than many superheroes from comics. Despite this, he rarely attacks any other prisoners. Even as a participant in the GEI Battle System, he claims to only fight in self-defence, and does so only with normal punches and kicks. As per the Battle System rules, Cardinal is also allowed to use a knife in combat, though he often chooses not to.

In his own words, Cardinal is afraid of his powers, as he accidentally killed his parents and perhaps even his younger sister whom he has not seen since the incident. He withholds his own abilities in battle as to not kill anyone else, though if provoked enough will unleash his powers in small ways; the most prominent of which being that he can engulf himself (or parts of his body) in flames, suggesting he has pyrokinesis.

Cardinal is not all-powerful however, as he is a human being with many weaknesses. Surprisingly, Cardinal has a great fear of the dark, one that he claims to have had since childhood. Additionally, his love for his sister and his guilt for what he did in the past can make him submissive if used against him.

Cardinal's creator has stated that it is intentionally vague what Cardinal's abilities are; this is to allow other users to essentially give him any power they see fit should they need to. As such he could act as a deus ex machina in some situations, subverted by his displeasure in relying on his own abilities.

Cardinal appears as a playable character in Subjugation and, although he isn't the main protagonist, he is the central character around which the story revolves.

Cardinal has made several appearances within Fantendo Smash Bros. titles, although his appearances in such appear to be uncommon compared to those who have heavy impact within the Fantendoverse canon. Due to the nature of his powers and the open-ended description of such, his moveset in these titles often varies greatly as the creators of these titles are able to use their own perspective and ideas on the character.

Cardinal is playable within the following Fantendo Smash Bros. titles:

Cardinal appears as a default playable character in Fantendo Smash Bros. Victory, and sports a new design. Cardinal was revealed to be included in the game on May 7, 2017. He was the second character created by Mirai Moon to appear in the game, and the first to be playable; the other being Tucker Palli, who appears as a non-playable TAGOS support.

Though Cardinal himself does not appear in Super Smash Bros. Crash, the player can unlock a costume based upon his design for Kamek by scanning an amiibo figure. 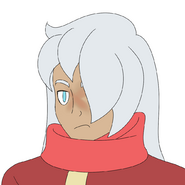 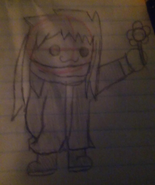 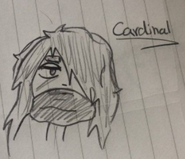 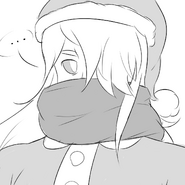 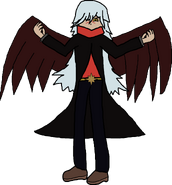 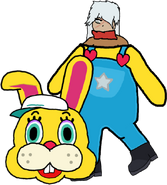 Retrieved from "https://fantendo.fandom.com/wiki/Cardinal?oldid=3332488"
Community content is available under CC-BY-SA unless otherwise noted.