Capcom, is a Japanese Game Developer and Publisher.

They are known for creating the Mega Man , Deltarune , Resident Evil, Street Fighter , Ace Attorney, vs. Capcom, Devil May Cry (DMC), Ghosts'n Goblins, Darkstalkers, Dead Rising, Monster Hunter & Lost Planet game franchises.  Capcom's name comes from the shortening of the words "Capsule Computers" which is what it referred Arcades to at the time which were its initial market. The first game ever made by Capcom was Vulgus for the Arcade Machine, their first Console Game was a port of 1942.

Capcom is most recognized for its first Mascot, Mega Man who was first introduced into the gaming market in 1987 with a game of the same name. Capcom has changed significantly from its initial appearance in the Gaming Scene, with one of their other old franchises, Resident Evil becoming their biggest seller.

Fandomically Capcom has sometimes been used to represent the Developer for Nintendo Games due to respect for the company or due to features Capcom is generally known for in one of their own franchises. Many Fandom Games of existing Capcom Franchises also exist. 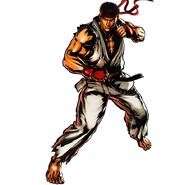 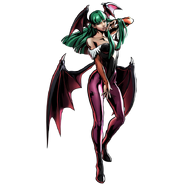 Leon S. Kennedy (Resident Evil)
Add a photo to this gallery
Retrieved from "https://fantendo.fandom.com/wiki/Capcom?oldid=2924762"
Community content is available under CC-BY-SA unless otherwise noted.