Fantendo - Game Ideas & More
Register
Don't have an account?
Sign In
Advertisement
in: What is the New Fantendoverse?, Organizations, Scientists,
and 2 more 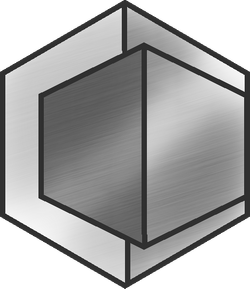 CHELPRO is the name of the Russian science company founded by Dr. Anatoly Morozov and Dr. Veronika Morozov, which was created out of the shell of a former Russian A22 Enterprises but is completely distinct. The company is funded through a few different companies, although the main benefactor is a Chinese company known as Tianranqle.

The company has become an interesting new villain organization as it has been developing across multiple stories. As opposed to being against the goals our heroes are trying to accomplish (often involving protecting the universe or Earth), they are rivals to them in that goal. Many CHELPRO members see themselves as heroes like Unten Bluzen or Leah Needlenam, but in actuality they are fighting against them due to CHELPRO attempting to advance themselves as a "hero monopoly"- only they can save the world and advance it to their desires. CHELPRO is uniquely driven entirely by capitalism and is blind to other goals. With both scientific backing and a society that both wants to be superpowered as well as feeling anxious about existing superhumans, CHELPRO is a uniquely political villain organization.

CHELPRO often works in the background in other stories- either recruiting new members or working on further experiments. When they officially strike, it will be something to be truly remember.

CHELPRO was formed after Dr. Anatoly Morozov and Dr. Veronika Morozov decided to stop working for A22 Enterprises, which was a decision they reached after deciding that their plans differed from the company following leadership changes involving Master Binary and Dr. Bondi Carbine. Having previously worked on the Lion's Den project that resulted in Bombyx Icarusiot and Basil Icarusiot, as well as commanding the A22 Unit that resulted in Kara Keen, Anatoly and Veronika were not allowed to continue their work from A22. Shortly before they left, they attempted to replicate and improve the Blank formula, creating Ethereal, although due to legal issues they were not allowed to take their work or keep Ethereal at A22 for further study. This however, provided a hint of their future plans.

CHELPRO was started in their home country of Omsk, Russia. The siblings had not been able to work there since the start of their scientific careers, and even when running the Russian A22 Division, they were forced to work in Moscow. Anatoly wanted to work back at where he called home and his sister followed. They were soon contacted by a Chinese company named Tianranqle, who had researched their past projects, who had formerly had a stake in meta-human advancement with a activated Catalyst known as Quantum. However, the woman disappeared into the timestream and the project was shut down. Tianranqle contacted the two to help create meta humans and androids, sharing a similar goal. CHELPRO's funding allowed the siblings to try the "Save the Day" protocol again, but with far more calculated planning. Able to get their hands on Type: Null for testing, they were able to manufacture the prototype hero NULL, one of the most powerful meta-humans to ever be created.

With the creation of NULL, Anatoly and Veronika tested it's capabilities (as well as enact the first part of a lengthy plan to disestablish the current set of heroes) by attacking the Shōri base in Toyko, Japan. While NULL faced off fierce competition from the Shōri members and their American guests, NULL completely took them by surprise and managed to destroy the base completely before being teleported back to the CHELPRO base. With approval from the Tianranqle head, NULL was sent to attack the Misfits next.

While NULL did attack Misfits base, they were ultimately not successful in destroying it, having activated Solar Flare and being carried away by Rachel Harel before they could do any damage to the actual base itself. It was here that Rachel learned the name of NULL and began to feel sympathetic towards it. Taking the DNA to Noise Lindemulder and Yama Velvetrot, a very small weakness was found in the DNA of NULL. This also marked the first time CHELPRO's creations were exposed to doctors as well as the Zaxinian Lifts.

With the weakness known, Unten Bluzen's group was able to fight NULL but nearly lost; it was not until NULL was shown actual kindness for the first time in their life by Rachel Harel that they stopped fighting. With NULL considered a failure by both CHELPRO and Tianranqle and too much of a hassle to try collecting, Anatoly and Veronika began work on the next iteration of the NULL concept: DELUXE.

This section describes one speculative future of the New Fantendoverse and is not necessarily seen as canon.

In Fantendoverse X: Time, a event known as the ACT Formation occurs when Tianranqle purchases both CHELPRO and A22 Enterprises, forming a new company known as ACT. With this purchase, Tianranqle becomes quickly one of leading tech companies in the world and begins to invest in several new projects while destroying any future competition. Becoming the new face of "heroes", ACT ends up dooming humanity when a meteor is headed to Earth and the United Nations is unable to pay them for their services. This meteor wipes out Antarctica and parts of South America, Australia, and Africa, as well as the entirety of New Zealand. The soot and debris covers the sky for a year, with much of humanity living in bunker cities.

With this destruction, many old heroes die and ACT is responsible for both the destruction but also the revival of the Earth. Although the devastation is great, ACT manages to get Earth back to livable levels very shortly afterwards. However, the company is forced to depart their services from every country, with ACT forming their own mechanical island to live on their own law. The ACT country manages to become a utopia of sorts, but was not permitted to interfere with dealings from other countries unless permitted. 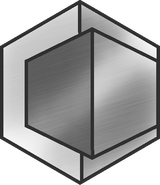 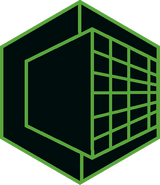 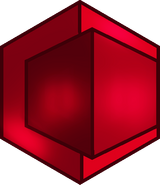