Bully is a round, metallic enemy with two horns and a pair of green, shoe-esque feet that appears in the Mario series, making their first appearance in Super Mario 64. If he sees Mario coming near to him he rams into him either trying to push him off a cliff or damaging him.

They can be defeated by being pushed off cliffs or platforms, falling into lava moats as well.

Bullies are generally black spherical creatures with two green, shoe-esque feet that have two large horns on the top of their head and bloodshot eyes. However, in Super Mario 3D World, Bullies were redesigned, having a metallic blue colored body and their horns are no longer pointed up. They also have a rim right above the feet. In some other games, they have black colored bodies.

Bully makes a small cameo in this game.

Bully is an unlockable character in this game.

Bullies appear as enemies again in Lets-a-go, Mario. They act like they did in Super Mario 64, and can push objects around, too. They are impervious to fireballs and stomping, however they are are vulnerable to bubbles, lava, and hammers.

Bullies along with the Big Bully appear in the KTQ Sandy Mountain and in the Magma Volcano.

Bullies reappear as enemies, notably in the Palace of the Bullies course. Two new variants of the Bully also appear, one known as the Furnace Bully that explodes after being pushed around too much and the Underwater Bully, a Bully that pushes players downward under the water.

Bullies reappear in Mario & Luigi: Sage Quest. They are first encountered in Mount Grumbledome, though they are later found in Grumbledome Crater, where they are fought alongside either Tanoombas, Monty Moles, Stone Spikes and Rexes. Bullies retain their sprite from Mario & Luigi: Paper Jam, though they are recolored to have black bodies. Bullies attack by simply ramming either Mario or Luigi into bombs behind them. The ram does not deal damage, but the bombs do. Jumping on them will knock them back instead of dealing damage, and cause them to charge at a bro quicker, and after stomping on them enough times, they will charge at the bro so quickly they will run into the bomb, successfully counterattacking them. 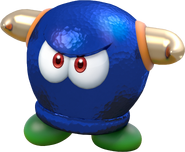 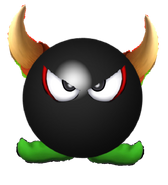 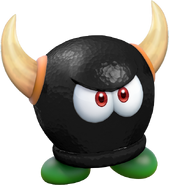 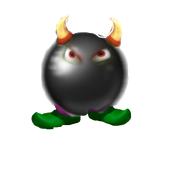 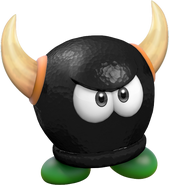 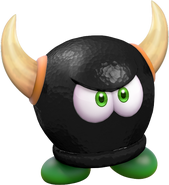 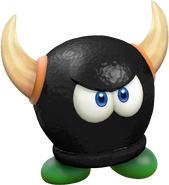 A Bully after being captured by Mario and Cappy 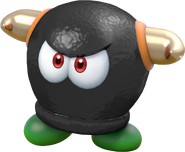 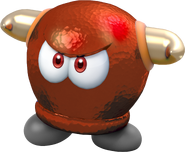 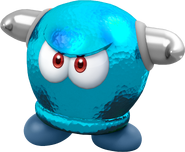 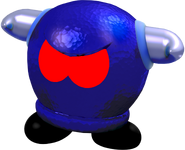 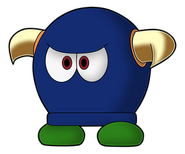 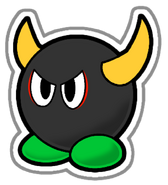 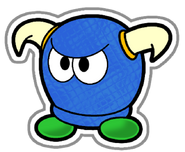 Paper_Bully.png
Community content is available under CC-BY-SA unless otherwise noted.