A Bull's-Eye Bill (previously known as a Missile Bill) is a type of Bullet Bill that flash red and have heat-seeking capacities. When fired from a Bill Blaster, these Bullet Bills will home towards Mario and friends. 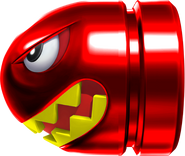 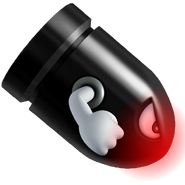 Yoshi's Woolly World 2
Add a photo to this gallery

Retrieved from "https://fantendo.fandom.com/wiki/Bull%27s-Eye_Bill?oldid=2899691"
Community content is available under CC-BY-SA unless otherwise noted.