“Yeah, I killed your friend. What are you gonna do about it, WUSS?!”
— Brimm to Sia, on the subject of Boare

He is his universe's version of Unten Bluzen.

Brimm, being a Beorn, looks quite similar to a bear, and has the usual eyes with star-like pupils and hands comparable to paws. However, while the majority of Beorn eyes are black with white pupils, his are stone-gray with black pupils. His fur is a somewhat bleached shade of gray, and is almost always wild and ungroomed. Like Boare, his hands and feet end in long black claws.

Brimm’s sense of fashion tends towards the macabre in an attempt to gain a psychological advantage in battle by unsettling his enemies, and he frequently draws inspiration from ancient barbarians. Most noteworthy is his cloak, which is a patchwork of various animal pelts, including a hood which looks disturbingly similar to a Beorn’s head, no matter how often Brimm states that it isn't. He also wears a small collection of skulls on a chain around his neck.

Brimm has several screws loose. This is mostly thanks to his rough upbringing and an abundance of time spent without the company of others. He has developed a severe case of paranoia, and can easily convince himself that others are plotting his demise, when in actuality they're just unnerved by his unrefined social skills. He greatly values power, but is smart enough to know that power comes in many forms. Normally, this would make him "wise," but his incredibly competitive nature has combined with this to create an insatiable desire to be the most powerful in every field imaginable, from weapons combat and war tactics to even more mundane activities like acting and cooking. He's also impatient and short-fused.

Though by this point Brimm sounds like an unstoppable wall of rage and an outspoken brute, this only comes out when he's by himself or gets fed up with trying to be socially acceptable. In the presence of those that he actually wants to be allies with, he’s like a bull in a china shop when it comes to speaking. He rarely has a concrete idea of how to say what he wants to say without unnerving others, which results in him spending more time stammering and second-guessing himself than actually talking. Those that know him better usually describe him as a really big and well-educated toddler; he’ll abuse his strength when he knows that he can get away with it, but is helpless and awkward as soon as he realizes he can't get away with it. He follows a strictly carnivorous diet, loves all contests of physical and mental strength, and cannot understand why others listen to music because it all just sounds like random noises to him.

Brimm is a master of combat who has shown an aptitude with every type of weapon he's ever been able to get his hands on. The one exception to Brimm's seemingly boundless weapon mastery are firearms, which he outright refuses to fire at long-range. Sniping isn't any fun for him, but getting in people's faces before blasting away is.

This ties into the biggest weakness of Brimm's fighting style - his obsession with getting up close and personal. Regardless of the range his weapon is built for, he will always try to stay as close as possible to the enemy when mounting an offensive, so that he can take in all the gristly details and build up his own adrenaline. This, combined with a heavy-handed and reckless fighting style, can leave him extremely vulnerable to a counteroffensive.

Though Brimm never appears in any of the games in the Prodigy series, his nature as an alternate Unten means that he has experienced events similar to the ones that Unten experienced during his adventures... albeit with some very obvious differences, such as killing his rival heroes to prove that he was clearly the hero of prophecy. Okay, honestly, pretty much all of the major differences involved Brimm killing off important characters, but he had the safety of Zeon in mind pretty much the entire time. 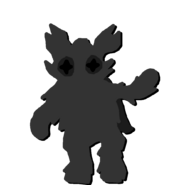 Retrieved from "https://fantendo.fandom.com/wiki/Brimm?oldid=3090738"
Community content is available under CC-BY-SA unless otherwise noted.