Boss Battles is a community game that is fighting game starring various bosses as the challengers and fighters. The game takes intentionally after ARMS, although is very distinct due to it's focus on boss battles, of which ARMS does not really offer. The project was created by Toroko, being a spiritual successor to B.O.K.O. It has currently launched on The V², Pharo, Nintendo Switch, and PC, and then on the Evo-Gem in 2022, with further releases on other consoles in the future imminent. The game is meant to feature both characters from various media like a umbrella, as well as fester in original content.

The game is similar to ARMS in that battles take place inside of arenas and you always have a third-person back view of your character. Characters can move, swerve, dodge, block, and attack using the controller. Each character has a left and right attack that they can swap out, and using both at once can result in a grab.

Take on opponents in a 1-1 match or 2-2 match. Only playable characters can be used here, and players can either face off online opponents or local opponents.

The player can take on Bosses in this mode, facing off a random set of bosses. The player can choose to take on either three, five, ten, fifteen, twenty, or fifty bosses, with higher rewards being rewarded the more bosses they take on and defeat. Each of the bosses is commentated over by Bart, Biff's evil twin brother.

Using coins earned over battles, the player can see the Item Shopkeeper to buy items to aid them in Boss Battles. These items can only be purchased and used on 10+ boss runs in the waiting area.

Here is a full list of items that players can purchase.

The player must go through a variety of regular fighters and bosses in this mode. They can also set their difficulty, which impacts the route they go through. On higher difficulties, they might come across Omega Bosses, which are even tougher bosses with extra phases and over powered attacks.

In Arcade Mode, Hedlok will appear in Stage 5 and Stage 8 and boost the opponent with buffs and extra fighting power.

Max Brass is a character exclusive to Arcade Route at the moment, serving as the final challenge.

If you beat all of the matches in Arcade Mode without taking any damage, you'll be able to select one of 3 Demon difficulties for the final battle. These difficulties will have you fight Ravager Scoobs in place of Max Brass.

If you completed the required condition prior to either Stage 2 or to Stage 6, you'll be able to select Deadly Light difficulty if you reach Stage 2 or Furious Light in Stage 6. These difficulties will bring you to fight Guramina who uses a fake, weaker boss, and is a special Omega Boss to boot, but you had to face a fake respective regular or Omega Boss with only 500 HP.

Upon beating stages 1 to 6 in less than thirty minutes on Hard difficulty, you can choose the Heavy Metal setting when you reach Stage 7. This will activate the boss fight with Neo Metal Sonic, who will brainwash your rival and fight with them.

If one beats stages 2, 5, and 6 in under two minutes, and beats stages 1, 3, 4, and 7 without taking any damage on the Hard difficulty or higher, the player will be able to square off with Uncle Mario's Flying Fortress.

Instead of facing off Max Brass in Arcade Mode at the end, during user-specific and short windows of time, Punchbag Sid will be fought instead. The time is generated through the player's User ID on their system and lasts 30 minutes. There are three randomly generated periods of time in which the player will be able to face off Punchbag Sid.

If the player wins stages 1, 2 and 3 without letting the opponent score a point, then the Ghostly difficulty will become available for stage 5, where the player will face off against Napstablook.

In Hedlok Heist, two players face off each other in a arena with a Hedlok in the center. The first player to hit a Hedlok will obtain the Hedlok, and will gain it's boosted power. The other player can steal the Hedlok by attacking the opponent from behind, causing the Hedlok to fly off and wear itself over the other attacker.

Choose a character and take on opponents in a campaign mode inspired by the "EVOLVE" story mode in Kingdoms of Fighters. Unlike Boss Battles Mode, Chaos Campaign includes unique bosses, cutscenes, etc. for each character. There are also exclusive bosses called Chaos Bosses, that are either regular or Omega Bosses, but also capable to exploit the selected character's worst weaknesses as the last boss. Arcade-exclusive Bosses also appears in this mode.

Although some characters take place in only stadiums, others are solving a problem or searches for something else. A few playable character also meet up within another. It is also revealed that each Chaos Campaign are their own continuity and does not affect each others, or the gameplay, but all of them does explains the origin of several bosses, and some character's campaign crosses with each others to various extent.

There are ten stages for each character, each having a different boss to take on. The last stage always ends up with a powerful boss, be it a Chaos Boss that can simply take advantage of the character's worst weaknesses, or a different one that is powered up. The contributors can use bosses (including Omega Bosses and Chaos Bosses) added by other contributors as normal or final bosses if they wished to.

Take note that Samtendo09 is the first one who contributed to this mode, in order to help out MeGa eXal, thus the former's characters campaign will not have Chaos Bosses from the other contributors, but this might change at an update.

These bosses are mostly exclusive to the Chaos Campaign, are are generally designed to exploit the selected character's worst weaknesses. They also varies in strength, and Omega-type Chaos Bosses are marked with the Greek letter omega in parentheses (Ω). They are also marked with a minor "c" at the right of each number.

There are two types of characters. Playable characters have a variety of attacks at their disposable and can be controlled by the player; the other are Bosses, which have various phases in which they can attack. A character can be both a boss and a playable character if the creator wishes.

Although the game has a free to edit template on top of it, there are some rules.

Gameplay modes and other content will be added over time by the creator. The game will also take suggestions from commentators as well, so any suggestions you have should be in a comment form on this page!

Each playable character has a set of 3 default attacks to choose from and special attributes, usually up to three.

Bosses generally don't have to follow the confines of playable characters, but instead usually have about three or so phases they go through, depending on how much damage they have taken.

Omega Bosses are incredibly hard and difficult bosses with five phases and a lot of health, far more than the usual boss. These are incredibly overpowered but are beatable... just really hard to beat.

at the end of every month a secret option is unlocked for one day. When selected the player will be asked to invite up to 4 other players to help, although you are allowed to continue alone. The player(s) will then be given an arcade route similar to the chaos campaign, in that it has enemies and bosses that target specific weaknesses of your character(s). Ultra events are unimaginably difficult, so difficult they are considered almost impossible to beat with one player. it uses bosses as regular fights, sometimes even making you fight multiple bosses at once. Events are also far longer then the chaos campaign, lasting 30 fights in total. All stages after 20 make you fight an omega boss with normal enemies and other bosses serving as backup. On stage 30 you will face an infinity boss. a different infinity boss is chosen depending on what month it is

The infinity bosses are the most difficult bosses in the entire game. putting even omega bosses to shame. they have a bare minimum of 5 phases but they can have as many as they want

They're about as close to impossible as it gets. they were designed to be multiplayer raid bosses, although you can theoretically fight them with one player but it would be almost impossible to win

Infinity bosses cannot be fought through normal means, they only appear as the final bosses of ultra events.

Each boss has their own selection of quotes that they will say if the player loses. A full list can be found on a separate page.

Here is a complete overview of all the updates made to Boss Battles. As of writing, the game has had a total of 25 official updates. The update numbers are internal. The current version is Version 4.0.7 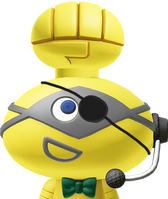 Bart's artwork for the game. 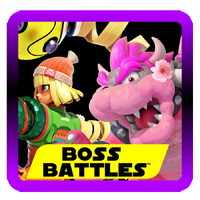 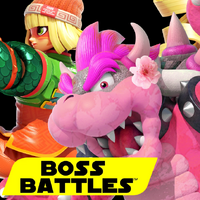 Icon for the game (Nintendo Switch) 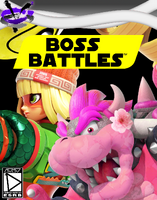 V² boxart for the game

Nintendo Switch boxart for the game

Evo-Gem boxart for the game 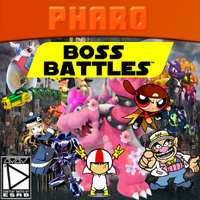 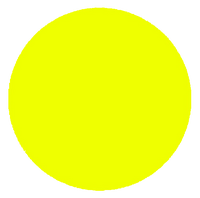 Achievement Template 2
Add a photo to this gallery

Retrieved from "https://fantendo.fandom.com/wiki/Boss_Battles?oldid=3211025"
Community content is available under CC-BY-SA unless otherwise noted.