Boomerang Bros. (Hermanos Boomerang in Spanish) are a type of Hammer Bros. who, instead of throwing hammers, use Boomerangs as weapons. In Super Mario Bros. 3, Boomerang Bros. appear as enemies in several levels, commonly desert levels. In Mario Super Sluggers, they are alternate colors Hammer Bro. They appear in many side-scrolling games such as the New Super Mario Bros. series. They wear a blue helmet and a blue shell and matching shoes. In the Paper Mario series they were gray instead but were changed back to blue in Paper Mario: Sticker Star.

Quick on the attack

In Super Mario GameBox Demo, they are quicker than normal. They appear just like recolored Hammer-Bros. They appear in Bowser Castle. 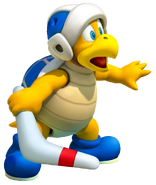 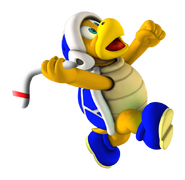 Boomerang Bro. Artwork made by Arend 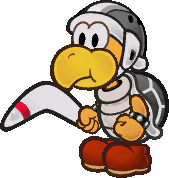 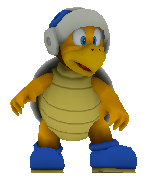 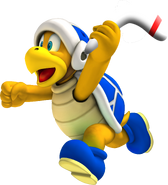 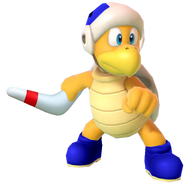 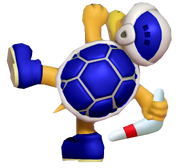 The Aboriginal variant
Community content is available under CC-BY-SA unless otherwise noted.
Advertisement