Bomberman: Fire Panic is Minimariolover10's game. Please follow these instructions before anything.

Bomberman: Fire Panic is a game for the Nintendo Wii. Like Bomberman 64, it is an action platformer game that has Bomberman toss his bombs, not run on an arena trapping monsters. It's music are remixes of older games (a la the first level of the game is a remix of Bomberman 2's first stage theme).

Ones only when your connected with Wi-Fi

These are game mode information, no other details are included until another red message ends this.

Mego Bomber (a Blue Bomberman wearing a lab coat and sunglasses) was attempting to resurrect Plasma Bomber as Mechaplasma. When he was done, Mechaplasma blew Mego Bomber into a frozen lake. He then went off to terrorize the Bomber Galaxy.

Bomberman, at his station at Bomber Center, got a message from Doc, and was told about a "mysertious looking robot" was terrorizing various planets. Bomberman then gets into his Spaceship, and blasts off to defeat Mechaplasma.

Each player can have one BAGE to help them battle. Also, some people can join in to gamble who will win. You can watch computers fight!

In another detail, the players can use taunts. An auto censor is given for curse words. They can either make their own, or use the following templates:

Last but not least, up to 12 players can battle in Online Play.

Also, Miis are playable. They appear without helmets but in a Bomberman's suit.

You unlock Mission Mode after beating Story Mode just to keep the player busy even after Story Mode.

A huge scroll selection of Bomberman games, and a mini-game you can play.

You can get codes (like cheat codes) if you enter them in Dynablaster DS and send them to your Wii. This involves, all BAGEs, very fast, all stages, etc.

You can enable this through the DS and Wii, a chatroom.

SOCCERBAGE: Shake Wii Remote in front of Bomb to kick it away
STREGTHBAGE: Walk into Bomb to lift it and toss it
SPEDBAGE: Holding C makes Bomberman run twice has fast 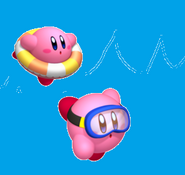 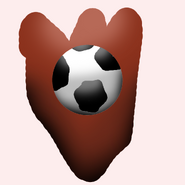 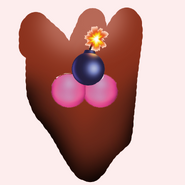 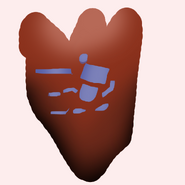