Bodhi the Blob is one of the many animatronics in Several Nights at Fierce's. He is a reoccurring character in the series and one of it's two mascots.

Bodhi is a robotic grey blob as one would expect. He is made of two main pieces; a base, which moves on wheels, and a head, which can rotate and "hide" into the suit. He has two blue eyes, which look normal at day, but get glowing pupils sometimes in game. He seems to be made of some sort of plastic like the Toy Animatronics from Five Nights at Freddy's 2, but unlike those, he doesn't haves visible cheeks. Few of his endoskeleton is seen, except for the wheels.

Bodhi's first design was not much else then a square with some weird proportions. He didn't even have wheels; it is likely he moved by sliding on the ground somehow. Instead of having actual eyeballs, he had pure black "eyes" which were more like squares at the sides of it's head.

Bodhi's second design looked a lot better. He still looked like a Michael head, but it was more square shaped, and had a large robotic "base" under him. He had visible wheels that time. Sometime later, his eyes were moved to the front of his head.

Bodhi doesn't only appear once; across the games his appearance changes, because they don't take place at the same time.

This appearance is pretty different, through at it's core it's the same animatronic. Bodhi is less articulated here, ironically, being made of a single piece instead of two pieces. He also wears a black fedora. Otherwise, they look mostly identical.

This appearance is an heavily withered variant of Figurine/Fedora Bodhi. Nearly all of his suit except for his fedora is gone, and the fedora is charred. His endoskeleton head is split into multiple parts, being connected with wires, which poke out all around the other pieces of the endoskeleton. His left eye seems slightly dirty, but it still works. He looks extremely rusty. It is unlikely someone will ever be able to repair him...

This design of Bodhi is basically a simpler and "cuter" version of the normal design. His pupils seem bigger.

Bodhi is a bit more dangerous then you would expect through there are definitely much stronger robots out there. He seems to be able to jump surprisingly high looking at some of his jumpscares. He also seems to be very lucky with making people trip, as he often does that in jumpscares too. When moving, Bodhi is able to disable cameras, through nearly any animatronic can do that. The robot apparently has some degree of sentience, like the other Several Nights at Fierce's animatronics. He seems surprisingly good at surviving and enduring pain, considering how broken he is in his withered form, yet still beign able to move and even attack.

Bodhi may be an animatronic, but he represents a character in a show, not to mention his implied sentience. His personality is said to be very teacher-like, except exaggerated. Apparently, he keeps asking Michael, his partner in show, to read the dictionary...and memorize all of it's words. However, he is pretty friendly and smarter then he looks. He's supposedly a bit lazy. 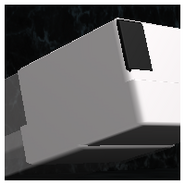 An adventure-ified version of Bodhi's original model.
Add a photo to this gallery 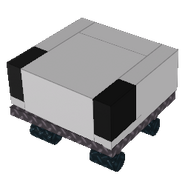 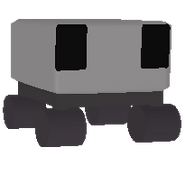 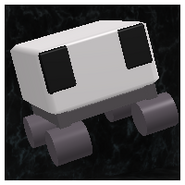 Second Design Adventure Bodhi seen from another angle.
Add a photo to this gallery 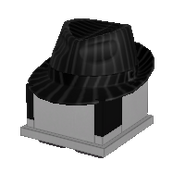 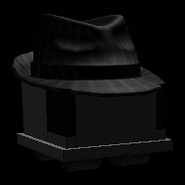 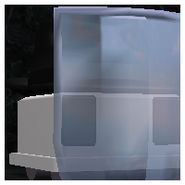 An adventure version of Fedora Bodhi's original model.
Add a photo to this gallery 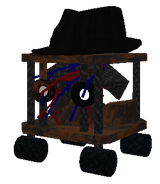 A picture of Withered Bodhi. 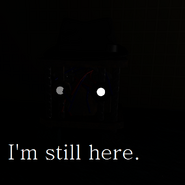 An early teaser for Several Nights at Fierce's 3.
Add a photo to this gallery

Retrieved from "https://fantendo.fandom.com/wiki/Bodhi_the_Blob?oldid=2036270"
Community content is available under CC-BY-SA unless otherwise noted.