Blossom Bowser is a flowery version of Bowser, who is pink and coated in cherry blossom flowers. This form debuted in Boss Battles and was a boss one could defeat in the game.

Blossom Bowser is created similar to Dry Bowser, in that he needs to be in a death-like state. In this case, he needs to be next to a cherry blossom tree and for the petals of said tree to coat him, causing him to rise in a new undead state.

Blossom Bowser is a pink version of Bowser, with his green scaly skin and shell turning grey and his yellow skin and nuzzle turning pink. Flowers then sprout across his body, notably around his legs and near his shell and horns. His body also takes on a subtle flower texture across it.

Don't laugh, this pink version of Bowser is a rather nasty brute once you get to know him! Resurrected using cherry blossoms, Blossom Bowser uses wind and earth attacks to battle.

Though Blossom Bowser himself does not make an appearance in Jake's Super Smash Bros., one of Bowser's alternate costumes gives him the colour scheme of Blossom Bowser.

Blossom Bowser appears as a secret boss in Super Mario Bros.: The Lost Worlds when the player has collected all four of the Red Artifacts. After a normal boss fight, Blossom Bowser will leap from the pit and fight the player. He uses blossom balls in his first phase, which need to be jumped on to reflect them back at Blossom Bowser. During his second phase, the player must use a pink shell when he exposes his weakspot when attacking with his cherry blossom trees.

Blossom Bowser makes a appearance as a alternate costume for Bowser in Mario Kart: Speedway Rush. 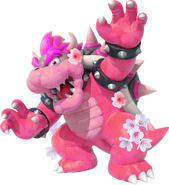 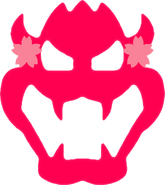 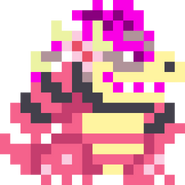 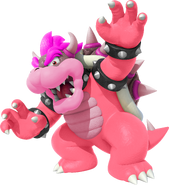 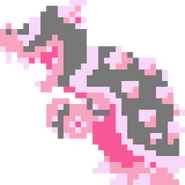 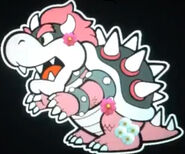