Start a Wiki
Blob Craze is a completely new game made by Poisonshot. Blab, one of the many blob types in the game, is it's mascot. It is planned to have amiibo compability as well as DLC.

In the game, you play as a type of blob. You need to unlock all stages and see all Blobs to win the game. Secretely, you must also get 99999 coins, the maximum amount of coins in the game. You can get more blobs by beating them. After beating one, there's a 5% chance you'll get it.

When you start the game, you enter a tutorial if you don't have a save. It teaches you the bases of the game. It is also there where you choose your starter blob, which can be either Blab or Slu. It also tells you there is a rumor that a secret land exist, where an unique type of Blab roams, Platiblab.

In addition to elements, all blobs have a certain type. The type determinates a lot of information for the creature, such as it's shape, it's stats and even it's attack.

Pressing Select or the Y button will change what's displayed on the touch screen.

Evolution is a major gameplay element. You can evolve a creature if:

Evolving your creatures makes them stronger, giving you an advantage agaisnt most monsters. You can choose an evolution if your monster have multiple evolutions.

An evolved Blab evolves using a special way. Instead of only evolving, you actually have to fusion another blob with it. The outcome depends on the Blabs fused.  For example, fusing a Fiblab with a Wablab turns it into a Steblab.

There is a total of 36 blobs in the game. Hover the mouse over the Blabs to see their names. 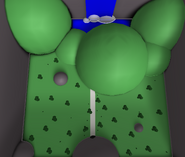 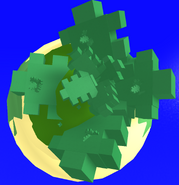 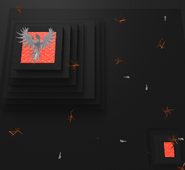 4: Flaming Wasteland
Add a photo to this gallery 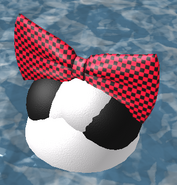 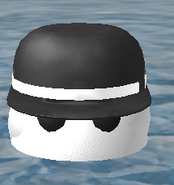 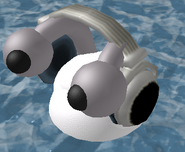 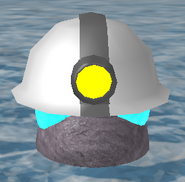 Mining Helmet (50 Coins)
Add a photo to this gallery

Only Blab has these stats.

Only Slu has these stats.

Geep's line is special in that all members of it's line have unique stats.

The game features amiibo compability. Scanning a figurine will allow you to get a free hat for your blobs, as well as 1000 coins and a free blob(depending on the amiibo).

Retrieved from "https://fantendo.fandom.com/wiki/Blob_Craze?oldid=3202140"
Community content is available under CC-BY-SA unless otherwise noted.