In New Super Mario Bros. D.I.Y., it was revealed that pink Birdo Eggs hatch into Birdos, and the white ones are shot from Birdo's mouth. Birdos can be ridden in the game for the first time. 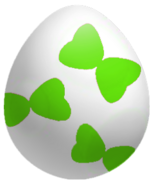 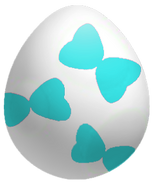 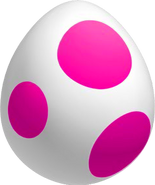 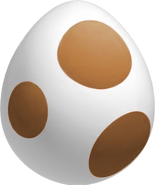 A Birdo Egg, shot from Birdo's Mouth. Note that it looks like an ordinary chicken egg, without spots or anything

A Birdo Egg, as it appears in Mario Kart 3DS.
Add a photo to this gallery
Retrieved from "https://fantendo.fandom.com/wiki/Birdo_Egg?oldid=2647860"
Community content is available under CC-BY-SA unless otherwise noted.