Start a Wiki
Benjamin is a main character in the Bombell series. Benjamin is one of Bombell's friends and joins him in his adventures. Benjamin is very energetic, happy and also a bit awkward. Not much is known about him, but he loves to play and is ever seen wearing a red cape.

Benjamin is not a Boo, it is unknown what he is, but he's dark yellow and doesn't have arms or legs. He, however, still has hands and feet. Benjamin is an 8 years old boy who wear white gloves, light blue shoes, a green necktie, and a red cape.

Benjamin debuts and appears as a playable character in this game. He's one of the characters that are not Boos. Benjamin's unlocking method is still unknown.

Benjamin, along with Bombell, Booster, Bombella and Stanley, appears as a Downloadable Playable Character in Super Mario Smash Bros.

Bombell and Benjamin are seem to be good friends in Bomb Frenzy, as they're seen playing and sharing together. He joins Bombell in his quest, but it is still unknown how they became friends. 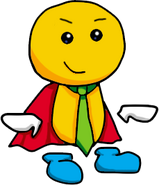 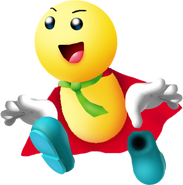 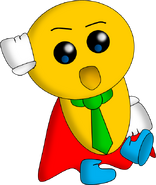 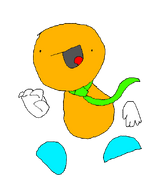 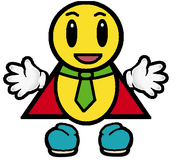 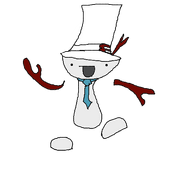 Christmas Benjamin
made by Sorastitch (t∣b∣c)
BenjaminChristmas-SMB64.PNG
Christmas art by SMB64 (t∣b∣c)
Add a photo to this gallery
Retrieved from "https://fantendo.fandom.com/wiki/Benjamin?oldid=2029510"
Community content is available under CC-BY-SA unless otherwise noted.