Bee Mushrooms are Mushrooms are items in the Super Mario series that appear in the galaxy games, turning the plumber in a bee, where he can fly up until his fly meter runs out. He can fly farther if Coins are picked up in flight. Also, Bee Mario will turn back to normal Mario when he hits an enemy or water.

In addition, some bug-like enemies that normally whould retreat from the player will charge at Mario and attack him in this form. 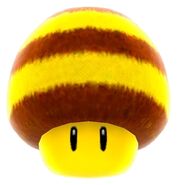 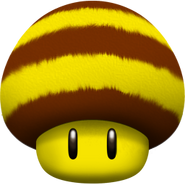 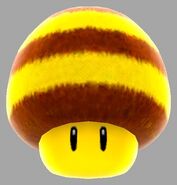 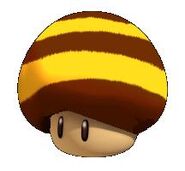