Battleship is an sci-fi vehicular combat game by Clover Entertainment. It is based off the sci-film Battleship , based off the classic board game. It was released on the same day as the film, which is May 18th. 2012. The film AND game already came out in the UK, on April 11. It is for Xbox 360, Wii, Wii U, and PS3. The game received mixed to positive reviews from Fantendo critics, but was a commercial success, so far selling 60,000 copies in the United States alone and 80,000 outside the US, as of May 26, 2012, bringing the sales to a record-breaking total of 112,000 copies so far, the highest amount of copies of a game Clover Entertainment has ever made.

In the Hawaiian Islands, an international naval fleet at Pearl Harbor engage in a very dynamic and intense battle against an alien race known as "The Regents". The aliens come to planet Earth, on a mission to build a power source in the ocean. Upon their visit, they come in contact with the navy fleet, and an intense battle for the fate of the Earth begins.

Note: This is the ACTUAL plot of the movie.

The gameplay is a vehicular combat game. It has 2 story modes that allow you the choice to play on either the humans side or the alien’s side. Each mission has a different set of vehicles and ships, on human and alien alike. The environments are highly realistic and completely destructible. If a missile hits a building, that building is definitley going to get destroyed. The destruction is like never before, with amazing physics. Buildings set on fire, fall apart, and collapse, one huge chunk at a time. Some missions have you fight on water. During those stages, you have battleships and alien battleships. Aliens’ vehicles are stronger, but are slower. Human vehicles have decent firepower, but are much faster.

There are 9 city environments to do battle in: New York City, Honolulu, Hong Kong, Chicago, London, San Francisco, Los Angeles, and Boston, and the middle of the Pacific Ocean for better marine fights. Cities have all their landmarks you see in real life, all for you to destroy, like the Empire State Building in New York, and the Bank of China in Hong Kong, AND the Willis Tower (formerly Sears Tower) in London.

Some missions also have you in air vehicles, where you engage in intense combat. Most air battles take place in major cities, like the ones above. Humans have their fighter jets and helicopters, and aliens have there warships and fighters. Finally, there’s ground battles. In them, cars get crushed and destroyed, and people are fleeing in the streets. If you are a human, you have your tanks, APCs, and guntrucks. Aliens have hi-tech vehicles like walkers, and battle tanks. This is also the only type of mission where you also have the ability to run on foot. Some missions have you killing all waves of enemy forces, and some also have you destroy things (that’s more for the aliens campaign, but still). Each mission is different each time. Each faction has a different story, different missions, different vehicles and a different ending. The destructive effects are done using the Clover Engine, the most realistic destruction engine to date.

There’s also Online Multiplayer, where you can continue the fight with people around the world. Unlike most games that force you to be a faction you don’t want to be, this game lets you CHOOSE which faction you want to be. But if either faction is full, you have to be the other. There’s also a free roam mode, where you just fly, drive, and roam around, explore the environment and blow things up. You can do it with humans AND aliens.

This is a list of all the alien vehicles you can play as.

Alien Mothership: The most powerful ship used by the aliens, it can be used for naval and air purposes, and can take down ground targets, too. It is not very fast though, because it can only jump to get around.

Warship: The alien's fighters which are used to take down human jets, it is best used in air missions. It can destroy ground targets as well. It is very fast.

Alien Walker: The robotic tanks used by the aliens, these are great for dealing with ground forces, but not so much for air forces.

The Shredders: These moving, living, flying wrecking balls can be used by the aliens to carve an enormous path of destruction wherever it goes. It can be used for any missions.

Alien Soldier: The main foot solider for The Regents, they have an arm that can convert into a tool they need to take down human foot soldiers.

Warship 2.0: This ship is much sleeker in design and is faster and has an incredible firepower. Humans, watch out. (This vehicle is available on Platinum Edition ONLY) 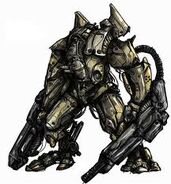 Alien Mech: A much improved version of the Alien Walker, this wrecking machine has a powerful cannon and machine gun, but is not very fast.(This is available for Platinum Edition ONLY)
Add a photo to this gallery

This is a list of ALL the human vehicles you can play as.

Battleship: This is the main ship in the game, as the title implies. It is used for naval combat purposes and is the most powerful of the navy ships.

Destroyers: It is a smaller version of the Battleship, and it is used for navy combat purposes. The Destroyer is not very powerful, but is very fast.

F-22 Raptor Fighter Jet: One of the fastest fighter jets around, the F-22 Raptor is great at air battles and dog-fights. It is fast, and powerful.

Tanks: These heavy armored vehicles are used on the ground. They also have a powerful cannon. Tanks are slow moving vehicles, but they are well-armored and very powerful.

Human Soldier: The average foot soldier for humans. They are used for close confrontation against alien soldiers that are also on foot.

Apache: This is a helicopter that is fast and agile, and has a great amount of firepower (This is available on Platinum Edition ONLY).

F-16: This fighter jet is very agile and nimble, but while the firepower is strong, it's not as good as the F-22 fighter jet. (This is available on Platinum Edition ONLY)
Add a photo to this gallery

Choose your side, whether it be human or alien, fight the other faction for control of the planet. Will you save it as the humans, or destroy it as the aliens? You decide.

This mode can ONLY be played as the Alien faction. Use an Alien Shredder to attack a city and cause as much destruction to the city, buildings, and human forces as you can within a time limit of 10 minutes.

Continue the battle for Earth online with people around the world. Choose your side, alien or human, and take out the enemy team. Engage in Deatmatches, and Capture the flag, where you have to retrieve the enemy flag and bring it back to your base. There's conquest mode, where you have to destroy the enemy base and defend YOUR base.

Roam freely through any of the environments. Explore the environment, or just blow up everything. This can be played in human or alien factions. To unlock an environment for Free Roam, you need to beat all the missions in that level. 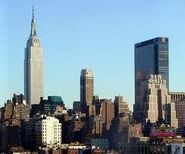 New York: The largest environment in the game, New York features lots of destructible buildings and landmarks. It is playable in all 3 mission types: Ground, Air, and Navy

Hong Kong: The environment with the most destructible buildings, Hong Kong is a city in China. It is playable in only air and Navy missions

Honolulu: A tropical city located on the Island of Hawaii, it is perfect for navy battles. It can also be good for air and ground fights.

Chicago: A large city in the Midwest, Chicago is only playable with ground forces. 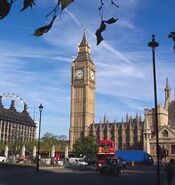 London: A city in England, it is playable for ground and navy missions.

San Francisco: A city off the coast of California, it is the 4th largest city in the game. It playable for Ground, Air, and Navy missions.

Los Angeles: A city in California, it is the 3rd largest city in the game. It is for air and ground missions only.

Boston: A big city. It is good for all types of missions.

Pacific Ocean: A large ocean area, it is great for navy and air missions.

Tokyo: The largest city in the game, Tokyo has much more destructible buildings than New York. It is playable in all 3 mission types (This city is for Platinum Edition ONLY)

Seattle: This city is located in Washington. It is good for air and ground missions only (This city is available on Platinum Edition ONLY)

Sydney: This city is located in Australia and is located on the coast. It is good for all mission types (This city for Platinum Edition ONLY) 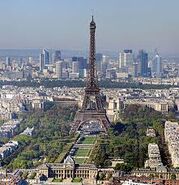 Paris: This is a city located in France, and it has the iconic Eiffel Tower. It is good for air and Ground missions only (This city is available for Platinum Edition ONLY)
Add a photo to this gallery

The game was released in the UK on April 11, 2012. It sold 44,000 copies outside of the United States. It iwas a major commercial success.

A Platinum version is being planned EXCLUSIVELY for the Hybrid Delta. It will have more of everything. More levels and cities, more vehicles, more missions, and better graphics. There are 4 new cities, such as Tokyo, Seattle, Sydney and Paris. There's also 3 more vehicles for each faction: Aliens have a new form of warship, and larger and a more powerful version of the walkers. Humans now have helicopters and the F-16 fighter jet.

Behind the Scenes DVD

The Platinum Edition will come with an exclusive 90-minute behind-the-scenes DVD showing the process of creating the film, from how the aliens were made and creating the destruction The Shredders cause, and actually the idea BEHIND The Shredders themselves. Here are 2 clips.

Retrieved from "https://fantendo.fandom.com/wiki/Battleship_(video_game)?oldid=3210441"
Community content is available under CC-BY-SA unless otherwise noted.