Battlegrounders is a open world action 3D platformer developed by The John Studios along with Square Enix and published by the latter company for PS4, Xbox One, and PC (via Steam).

In the world of Alamalga, there where 11 Gods who created the planet using their powers of each element. They where Apollo of Fire, Hephaestus of Gear, Shiva of Ice, Olgros of Leaf, Merlin of Magic, Praxina of Shadow, Shun of Spirit, Ginevra of Water, Odin of Wind, Yang Xiong of Thunder, and Marvs of Earth. The gods have sealed a mysterious, yet evil god named Hydra, who is the element of Devil for his betrayal. Thousands of years later, the world is populated by people of each race with each element. One of those people is Natsume, a wandering ninja who must discover her untold past by traveling with other elements to form a group called the Battlegrounders in order to stop Element Master from reviving Hydra while at the same time rescuing 11 Souls the gods created as sources of power. Throughout her adventure, Natsume discovers new places, fighting bad guys who works for Element Master called Hydra Army, and completing side quests like winning the prize for Smash Brethen Lol Tournament. It is also discovered that she was a potential sacrafice to revive Hydra when she was a newborn, but was thankfully saved by a mysterious woman, who calls herself "The One with a Cipher Sword" and was taking cared by her master. Before her confrotation with Hydra himself, it was eventually revealed that "The One with a Cipher Sword", is actually her mother Nene, a famous ninja who everyone thought she was killed by one of Hydra's henchmen Mani. She and Natsume, combining with the powers of the souls, managed to vanquish Hydra and his Soul W once and for all, restoring peace to the world. Natsume and the others went back to their origin places, but not before asking her mother to stay with her since she hasen't seeing her since she was born, but dissapeared in a cloud of peach blossoms, indicating that Nene ascended to the afterlife shortly after the departure.

The gameplay takes heavily inspiration from Skylanders: Spyro's Adventure. Each character has a primary and a secondary attack, has their own special ability (must be filled when defeating an enemy, or getting hit by them) with assigned elements, and learn upgrades by leveling up after gaining enough experience from monsters. Unlike Skylanders, it is not a Toys-to-life game since it has a open world field to it, has a third function that reserves for status changing, the orbs are removed so the player can automatically give exp boost after defeating a certain monster, and is more in the style of Final Fantasy XV.

The player can equip many items as its can to become stronger, more defensive, or faster by buying in the shop, a monster can drop a random item after being defeated, and in dungeons and other places that has many treasures in it.

The stats has 7 types:

The characters are represented in each element. You start off the game with Natsume of the Shadow element, but progressing the game you have another character of that said element joining you in the adventure. 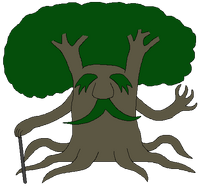 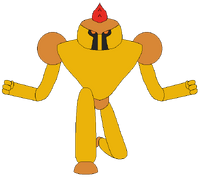 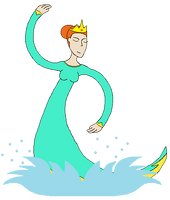 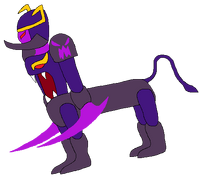 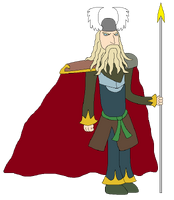 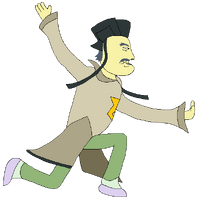 Battlegrounders: Final Cut is the director's cut version of the original, adding more sub-plots, new party members, new enemies, additional locations, and two new optional bosses in the form of Delissa Dust and Burnea. It was released on June 5th 2023, a year after the original was released

Retrieved from "https://fantendo.fandom.com/wiki/Battlegrounders?oldid=2932464"
Community content is available under CC-BY-SA unless otherwise noted.