Battle of Bracelets 5 is the new upcoming fighting, role-playing game of the Battle of Bracelets Series. It is the sixth game of the main series, the fifth that Tenshi (t∣b∣c) has created. This game will be released for Nintendo Prima and Element Alpha. The game will have a completely new story, new characters, different chapters, new places to visit and completely new modes that the player can enjoy. The game will be released during this year.

Battle of Bracelets 5 is a 3D Fighting-RPG Game. The player can choose, where and how to attack. This games let the player move through the stage and throw the attack when it's needed. The player can choose the attack that they want by touching on the screen the name of the attack and choose the place where they want to throw. These attacks can be got thanks to rising levels. The rise of level will give the player more attacks and health points. The player has to choose before the fight what attacks they will use because there is a limited number of them.

Levels are a way to rank the power of the player. The player starts in a level 1 with 100 HP. There are three kinds of levels: base 1, which is the most basic and it's the one in which the player starts; base 2, it's a different power stage that not every human can reach and Celestial Level, the level that is only permitted to enter the Olympus and only given by Gods.

Moving around the world

The world shows several cities and villages that are matched by several roads and routes. The player just have to walk by there in a tridimentional world to arrive the places where they have to go. The camera can be changed to walk in first person or in third person. If the player chooses the last one, they will be able to choose if they want a near camera or a panoramic view.

The player will automatically stop if other character calls him/her for a battle. The player can find several items where they walks. If it happens, they have to press A button to take it. If they find a person who wants to talk they have also to press press A button. To get into a place that is closed by a door, the player must press B button. Finally, when the player needs use a main ability or his/her weapon, they have to press Select and choose the movement that they want to do, in case it is needed the use of weapon of ability, it will be said with a red arrow over the floor.

There are some new modes that appear in this game. Although, the first time that the player plays the game, they will start the Chapter 1 of the story mode (it can be seen in the Story part). After arriving Forestia City, the player will be able to save the game and change of game mode. You can see here the different modes that appear in the game:

The game shows a big amount of characters that can be got in the story mode and the after achieving some missions. Besides, there are different character groups that depend on the god to whom they are faithful.

There are 72 playable characters, although, if it is bought the premiere special edition of the game, it will include another character, Thalassus.

* These characters have a secondary outfit or appearance. They will be shown in the section of Secrets.

Beasts are usually one of the best helps in a battle. Having one of these beasts will give the player several hidden abilities that the helper can give them. They can be hunted in the nature and can be awake when the card that saves the beasts touch the gem of the bracelets.

Souls are fairy-like creatures that can help the user in the adventure. They are all females, small and winged but besides, there is one of each Element. When the player fights with one of the Souls of the same element, the attacks of said element will be hugely improved. To unlock them, the player needs to find the prison of each one. Here, you can see the list of Souls:

To remember the different kinds of weapons that there were in the latest games of the series, some of the weapons are back. There are still swords, hammers, spears, edges, arrows and bows, arms, legs, etc. But now weapons have evolved, there are new kinds of weapons, for example you can find grimoires, new droppable weapons, lasers, etc. Besides the player can use different swords that were made with a giant energy: those are the Seven Great Swords and they can be used by any character. Here, you can find any of the new weapons that can be found in the game.

The main events of the story happen in Melia Land, the country of the heroes; and Kardias, the nuclear country, although there are other places that are important in some missions. Melia Land suffers some changes and some new places appear. Besides, there are alternative dimensions and worlds, such us The Hades, where part of the chapter 3 happens; Atlantis, where most of the chapter 4 events elapse and finally the Olympus, the place where the chapter 5 completes the adventure. Here, it can be seen most of the qualities of each zone:

Kardias, the Nuclear Region. In the past, Kardias was a giant empire that was known as the center of the universe. Actually, that statement is not completely false. A lot of Gods have appeared there to control the world from this dimension. In this case, Kardias is the place where most of events of the game happen.

The region is divided as the Continental zone, the biggest zone of the region but the newest one, and Kardias Magna, the minor and the most important zone but the most ancient. It is also an island where the capital city is found, Kardias Krona. There are also some islands between the continental zona and Kardias Magna, for example Kardias Nova. In the Story Mode, the West District of Continental Kardias will be available while the player advances on the Chapter 1 and the East District will be available at the beginning of the Chapter 2. Kardias Magna will appear when the player advances on the Chapter 3, since most of Gods already appear then. Some missions can be unlocked in this region but they are not usual.

It is the region from where the player starts the adventure. Although in the story, it will be necessary just travelling through the north of the region, the place that connects the region with Kardias. In the Mission Mode, the rest of Melia will be useful. Nowadays, there has not been many changes in Melia, but some cities have grown up. The available places in the Story Mode are Montania Village and Forestia City. The rest will be opened when the player finishes the Chapter 5.

The city of Atlantis is known as the city that was once eaten by the ocean. There, Poseidon governs the seas and oceans in his temple. Mythology says that the city existed 4000 years ago but one day it disappeared. The city is really prosperous despite being under the sea. It is protected of floods by a giant string that does not let water get into the city. It was discovered that the city has a twin city which is protected by Thalassus, it is known as the city of Abyss.

It is in this giant city where most of events of the Chapter 4 happen. The city was built in an ancient Greek style that has survived despite time. The city is full of temples and walls that make the city seem like a labyrinth. The city is unlocked when the player arrives there in the Chapter 4. There is also a mission that can be unlocked and played there.

The Hades in this game is quite different than the Hades from "The Cursed Death". This time, the player will travel through a roses garden behind Hades' Palace. The garden also has three little temples in which they are found the three keys of the palace. The Palace of the God is in the middle of the Underworld, from where Hades controls everything that happens there and thinks about the new plan to control the Earth.

The home of Gods. This place in another dimensional zone was created by Zeus as a place to enjoy for Gods. There, all the main decisions are taken. Nowadays, the olympic balance is composed by 12 Gods and Goddesses. It is thought to be in the sky.

The form of Olympus is similar to three circles. In the outter one, there are several cities where all the servers of Gods live. Most of them are celestial beings that have always lived there. The central one is occupied by the main Gods' temples, although some angels live there. And the inner one is the room of control of the Olympus, the Temple of Zeus. There, all the gods meet and decide what to do. The player will unlock them in that order until they arrive to the home of Zeus.

The game includes a mission mode in which you can get prizes for achieving objectives in the missions. These ones are possible to be played only in the Mission Mode. The missions that are more complex and have some kind of plot can be played in the Story Mode or the Patrol Mode and can only be unlocked with some requirements; some of those requirements can be key items and other ones can be just having completed a percentage of the Story Mode.

These forms can be unlocked by achieving some objective in the Story or in the mission in the same or the patrol mode.

The wi-fi codes can be downloaded from Spotpass in the Wi-fi Password mode. The player will download a code from the Internet, with which the player downloads some items that will let them unlock a mission or simply special characters, items or weapons that cannot be got in normal case. Here, you can see the list of wi-fi codes that the player can get:

Achievements are medals that the players can get after achieving some facts. Most of important achievements while the user is playing is worth of a medal. There are several medals that can be got in the different modes. Here, you can see the list of achievements of the user:

Persephone
Add a photo to this gallery 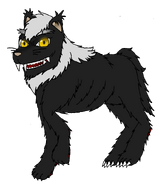 Calendian
Add a photo to this gallery

Ryune
Add a photo to this gallery

Subarashi Kumoiumiken
Add a photo to this gallery

Start a Discussion Discussions about Battle of Bracelets 5