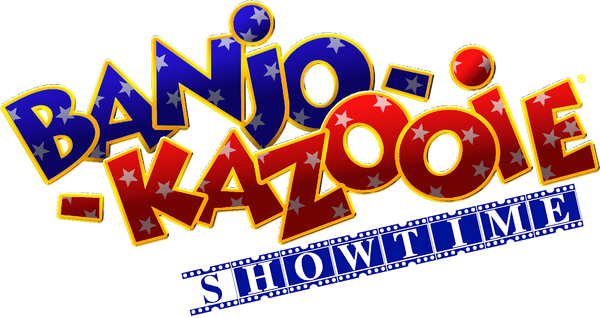 Banjo and Kazooie are coming back to Spiral Mountain after being invited to Super Smash Bros. Kazooie is ready to go on another adventure, but Banjo says he just wants to relax and watch TV. Spiral Mountain appears to be old and decaying (with Kazooie remarking it's especially dry today), but they pass it off as nothing. They head for Banjo's house while the duo sit on the couch and put on the TV. They then see a commercial for a new first-person shooter titled Kazo-Banjooie, starring a giant, muscular bird name Kazo and a baby bear named Banjooie who sits in a baby pack and wields a machine gun. Outraged that the developers have clearly ripped off their likeness, Kazooie suggests they storm into their studio and sue, with Banjo saying they probably shouldn't get involved. After some arguing, they end up going anyway.

The duo leaves Spiral Mountain and end up in Swirl Summit, with Kazooie pointing out more things this game ripped off from their series. They meet Kazo and Banjooie, with the Breegull demanding to know what they're doing ripping off their game. Kazo mocks her right back, calling them old timers trying to mooch off their success, before Banjo points out that's exactly what they're doing. The director then appears, who happens to be none other than Gruntilda. She explains that after she escaped the Lord of Games' laboratory following Nuts & Bolts, she went to college and got a degree in game design. She then bought the rights to the Banjo-Kazooie brand, pointing out Rare wasn't using them anyway, and decided to reboot it into Kazo-Banjooie as revenge for her defeats. The duo demands they get the rights back, but Gruntilda refuses since they need to pay her anyway. With no way to make money, Banjo comes up with the idea that they make their own adventure, thinking they can buy the copyright back to Rare if it's successful. Kazooie agrees and they head out to recruit their friends, but not without being followed by Kazo and Banjooie, who overheard the plan.

Banjo and Kazooie head back to Spiral Mountain, and with Bottles, Mumbo Jumbo, and Tooty, the group begins brainstorming plans for a new game. Banjo lays out the mission statement, which is to bring back the magic of 3D collectathons like their old adventures. Mumbo Jumbo turns Gruntilda's old lair into a set for the game. With Bottles in charge of coming up with new techniques and Tooty in charge of designing worlds, their game is ready to go into production.

Banjo-Kazooie: Showtime is a return to form of the true 3D platformer collectathon gameplay seen in Banjo-Kazooie and Banjo-Tooie; the player controls Banjo and Kazooie as they travel through various worlds and collect items in order to progress. The game's main collectibles are Jiggies, golden jigsaw puzzles, and Music Notes, with there being 100 in each level. Both of them can be used to unlock new worlds to explore. In terms of level structure, it resembles an in-between of the simple and compact levels of Banjo-Kazooie and the large, vast levels of Banjo-Tooie. Most levels take place within the studio that Mumbo Jumbo creates, though there are times the duo visit Swirl Summit and play levels in Kazo-Banjooie, which are typically more gritty and intense than the other levels.

As in previous games, Banjo and Kazooie's moveset is quite expansive, and by finding Bottles' molehills, the duo can learn new abilities to explore new areas. Alternatively, the player can instead choose to learn all these moves at once without needing to find Bottles within the levels (ultimately decided in an argument between Kazooie and Bottles regarding tutorials in games). Almost all of the moves from Banjo-Kazooie and Banjo-Tooie return, along with several new ones. However, Split-Up Pads from Banjo-Tooie have been replaced with the ability to separate them on command, effectively giving the player three movesets; Banjo, Kazooie, and both of them together. Also unlike Banjo-Tooie, moves can be learned regardless of who the player is using; all of this combined ultimately cuts down a lot of the backtracking.

Banjo and Kazooie's health is measured in honeycombs, which can be found by defeating enemies or destroying Beehives. They can have up to five honeycombs initially, though it can be expanded to eight throughout the game. Several other upgrades can be found and unlocked as well, such as goggles that allow Banjo and Kazooie to breathe underwater and a radar to find Jiggies and Music Notes.

These moves are taught to Banjo and Kazooie by Bottles whenever they find his molehills.

Mumbo Jumbo can transform Banjo and Kazooie into these forms, which have movesets and abilities of their own.

Retrieved from "https://fantendo.fandom.com/wiki/Banjo-Kazooie:_Showtime?oldid=3188182"
Community content is available under CC-BY-SA unless otherwise noted.