Donkey Kong 64 has Banana Fairies among its list of collectibles. They are not required to complete the game, but they are required for 101% completion. There are twenty of them.

As soon as Tiny Kong has gained her Mini-Monkey ability from Cranky Kong, go to the fairy head-shaped isle on one corner of the DK Isles map and shrink down with a Tiny Barrel to learn from the Queen Fairy the tragic tale of her people. She'll entrust you with her camera and teach you a shockwave move that can kill enemies and take down the various DK dirt clods in the game, but requires a Crystal Coconut to use.

You will now have to take pictures of the Banana Fairies scattered throughout the game. Each time you do, the Fairy will replenish your supplies of all essential items, and increase your Crystal Coconut and camera film maximums by 1. Taking pictures of the Fairies will also unlock the Mystery Menu and give you access to various rewards within. Get all 20 and the Queen Fairy gives you a special Golden Banana with a Rareware logo on it.

For obvious reasons, Donkey Kong 64 DS, a remake of DK64, contains these. There are now 25 of them, and some of their locations have changed from the original (most notably, the two in Hideout Helm were taken out). The special Banana now has the logo of St. Clair Publications on it instead of Rare, who'd been bought out by Microsoft by the time this game released and had no involvement in it. 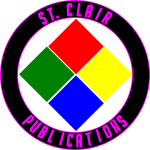