Banana Coins are the currency used in the Donkey Kong series of games. They are small coins with an imprint of a Banana Bunch on them. Most are colored yellow, but they also come in red, blue, purple, green, pink, and white. They first appeared in Donkey Kong Country 2: Diddy's Kong Quest, and have appeared as the currency for most Donkey Kong games ever since.

In Donkey Kong Country 2: Diddy's Kong Quest, Banana Bunch Coins were introduced and could be found acrossed various parts of each level. They were used to purchase services from Funky Kong, Cranky Kong, Wrinkly Kong, and Swanky Kong.

In Donkey Kong 64, there were now Banana Coins in five different colors, one for every playable Kong. The colors were yellow for Donkey Kong, red for Diddy Kong, blue for Lanky Kong, purple for Tiny Kong and green for Chunky Kong. Each Kong could ONLY collect their kind of color coin. They were scattered across the levels to collect and were used to purchase upgrades from Cranky Kong, Funky Kong, and Candy Kong.

There were also special multi-colored Banana Bunch Coins called 5-Banana Coins. These could only be unearthed from dirt piles using a special shockwave attacked learned from the Banana Fairy Princess. These coins were larger, bigger, and stronger than the normal Banana Coins and added five Banana Coins to each Kong's total.

Banana Coins can apparently be created using the L-Ments system, with the primary ingredient being Banan and either a piece of gold or silver. Listed below is the crafting recipes known for it.

Heroes of the Hearth

Banana Coins could be found in the various worlds and were used to purchase equipment and upgrades from Cranky Kong. They come in five colors and there is a special rainbow variant, one of which can be found in every level. They all count towards the same total. They could all be picked up by any character as well. 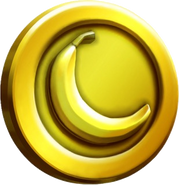 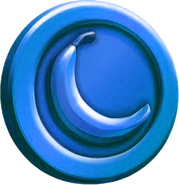 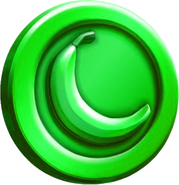 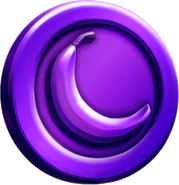 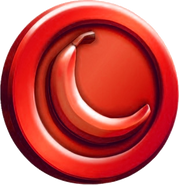 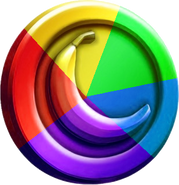 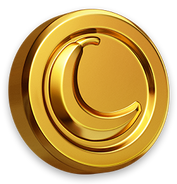 A Banana Coin as it appears in Donkey Kong Country: Tropical Freeze
Add a photo to this gallery
Retrieved from "https://fantendo.fandom.com/wiki/Banana_Coin?oldid=3209310"
Community content is available under CC-BY-SA unless otherwise noted.