You may be looking for the user, Baby Yoshi (t∣b∣c).

Baby Yoshis are baby versions of Yoshis appearing in a variety of different Mario games. Their best known roles were in Super Mario World, although they also appeared in New Super Mario Bros U and various Yoshi's Story games, as well as a large amount of fanon games. They commonly come in different colors, which show which abilities they have, and can grow into the correspondingly colored Yoshi through various means.

In Super Mario World, baby Yoshi appear in the Star levels. Mario and Luigi can feed them five enemies to turn them into adult Yoshi.

In Yoshi's Story, several baby Yoshi live on Yoshi's Island where they use their Super Happy Tree to collect fruits for their kind. Baby Bowser steals the tree, and the Yoshis team up to defeat the childish Koopa.

In Yoshi's Island DS, a baby Yoshi appears as the seventh Star Child at the very end of the game.

In New Super Mario Bros. U, there are three Baby Yoshis, each of which has their own special abilities. 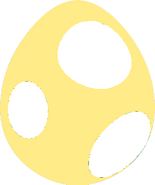 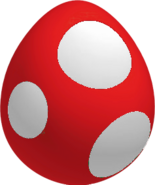 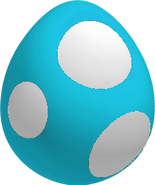 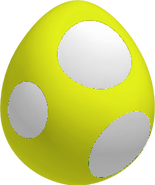 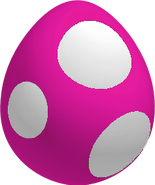 Add a photo to this gallery
Retrieved from "https://fantendo.fandom.com/wiki/Baby_Yoshi_(species)?oldid=3200011"
Community content is available under CC-BY-SA unless otherwise noted.